Slaven Bilic: "I am pleased and it was a great performance for 70 minutes. We produced some breathtaking football. But there is a 'but' because in this league opponents never give up and we have to manage the game better at 3-0.

"The team that needs a fourth goal that leads 3-0 with 20 minutes to go, there is something wrong in that last 20 minutes. Why not finish the game at 3-0 or 4-0? Afterwards I criticised the players but also told them they should be proud. It's early days but we have something really good to build on."

Neil Warnock: (on Robert Glatzel's disallowed goal) "Even their lads said it was a good goal. Sean Morrison was in an offside position but he flagged quickly, rather than wait like they have been advised, and then he said to the referee 'number four is offside'.

"But then the ref should have seen the number four was not interfering and it should have been given. You expect things like that to be right at this level. Even for the first goal, the ball comes out from our defence, the guy clearly pulls his shirt, and he goes on and the centre-half clatters him - never going for the ball, you can see he wasn't looking - so I am disappointed the fourth official didn't intervene because Graham Salisbury is an experienced ref. They were both fouls so overall we feel hard done by. We could have caved in at half-time but we didn't, we came back." 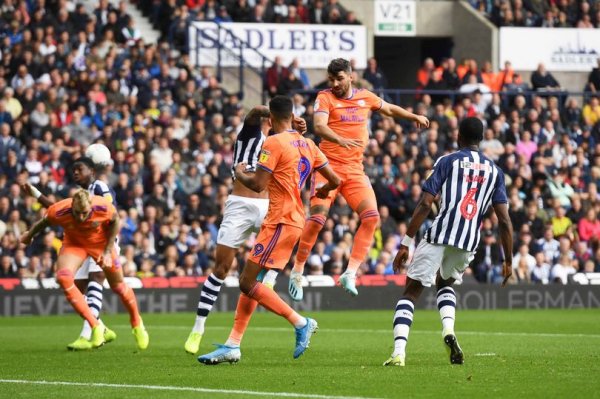