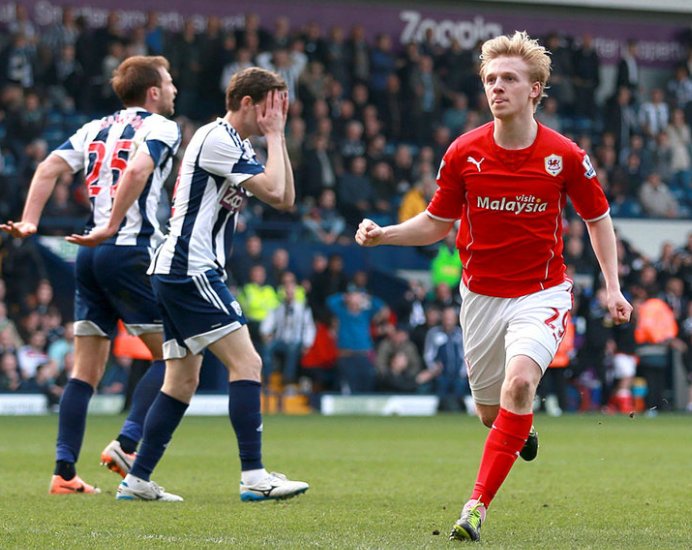 Mats Moller Daehli scored his first goal for Cardiff as the Bluebirds gave themselves a slender survival lifeline.

West Brom were 2 - 0 up inside 10 minutes and Cardiff's Premier League journey was coming to an end.

But Jordon Mutch pulled one back before half time and then Cardiff were back in it with 15 mins to go when Steven Caulker headed Cardiff level.

It was time for the home fans to look worried as Cardiff looked for the winner. But in true kick in the guts style Cardiff conceded in the 93rd minute to make it 3 - 2 to Albion.

With Palace beating Chelsea to seemingly send Cardiff six points adrift from safety the Bluebirds levelled with the last attack of the game. In the 96th minute Wilfried Zaha set up Daehli to keep City's faint hopes alive.

That's 10 goals Cardiff have scored in the last four games and Daehli's is the most imortant by far.

Next weekend Crystal Palace visit CCS. A home win is crucial and would close the gap on Palace to two points. It's still mission impossible but the hope is still there.