It is unclear whether striker Kenneth Zohore, who has been recovering from a calf problem, is set to be involved on Tuesday, while defender Greg Cunningham was another player who missed Friday's 2-1 win over Wolves.

Nathaniel Mendez-Laing will be looking to make his first appearance since sustaining a knee injury in August after he was back in the matchday squad as an unused substitute for Friday's contest. 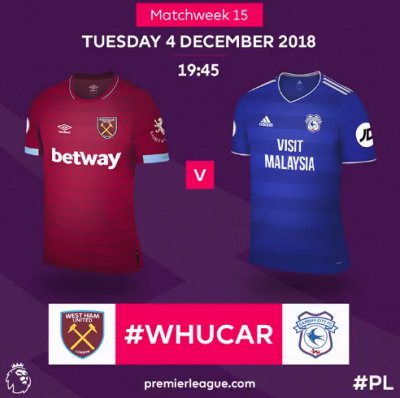