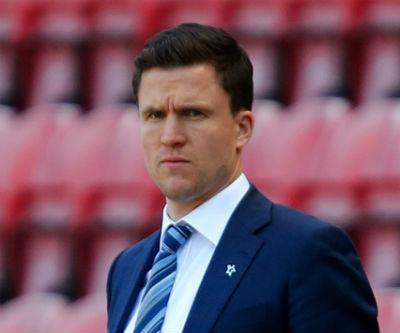 City's next opponents Wigan Athletic have today sacked manager Gary Caldwell. The Latics are second bottom of the Championship with 11 points from 14 games.

Caldwell's departure came a few hours after Wolves parted company with Walter Zenga. The Italian has failed to get a win in his last five games, in fact one of his defeats was at Wigan, their only win in the last 10 games.

Caldwell became the sixth manager to be sacked this season in the Championship. The first five, Roberto Di Matteo, Paul Trollope, Nigel Pearson, Alan Stubbs and Zenga were all appointed in the summer.

"I feel that we need to act now in the best long-term interests of the club," Wigan chairman David Sharpe said.

"It's undoubtedly the toughest decision I've had to make since becoming chairman."

Hopefully on Saturday Wigan won't raise their game to prove themselves to a potential new manager.