Cardiff City sprung to life on transfer deadline day with the arrival of Harry Wilson from Liverpool, Dillon Phillips from Charlton and Filip Benkovic from Leicester. 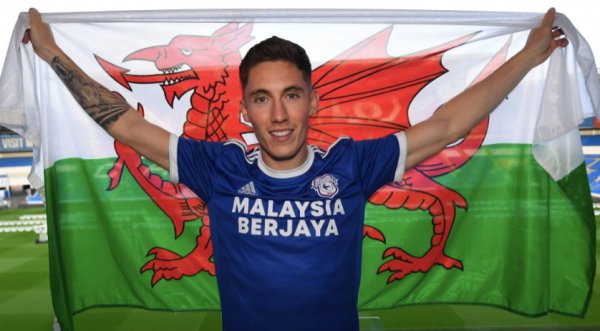 Phillips is a 25 year old keeper and will challenge Alex Smithies. He has signed a three year deal. Benkovic is on a season long loan from Leicester. He is a 23 year old central defender who has a Croatian cap and won a league title and two cups with Celtic in 2018 / 19. He spend the second half of last season on loan at Bristol City.

It's the arrival of Welsh international Harry Wilson that has turned most heads. A number of clubs including Swansea and Derby were in the hunt and it's also reported that Burnley wanted to buy Wilson but were put off by Liverpool's £20m asking price. But once again Jurgen Klopp has sanctioned one of his players to come to Cardiff. We already have Sheyi Ojo and previously Marko Grujic helped City win promotion in 2018.

"We've made three quality signings and we're really pleased to get the boys in," said Neil Harris.

"We don't act off a whim here at this Club; a lot of preparation goes into it, identifying targets, following them and getting them over the line.

"I'm really pleased with the squad that we've got but felt that we need to add another bit of quality. Competition for places is key and trying to raise the standards that little bit as well – the players coming in will certainly do that."

Aden Flint went out on loan to Sheffield Wednesday.