While Saturday's win over Cardiff City won't come as a surprise, the gap in quality between the two newly promoted sides was outstanding.

Jimenez and Jota play so well together.

HT, Wolves 2-0 Cardiff. Jota and JImenez put their hands in their pockets and pulled out some filth for two quickfire goals which have put Wolves totally in charge. Donck hit the post too. Goalscorers playing well, so too MGW, Traore, Saiss, well just about everyone tbf.

Diogo Jota might have only played 46 minutes of the match, but that was all the Portugal international needed to prove that he is unquestionably Wolves' marquee player. 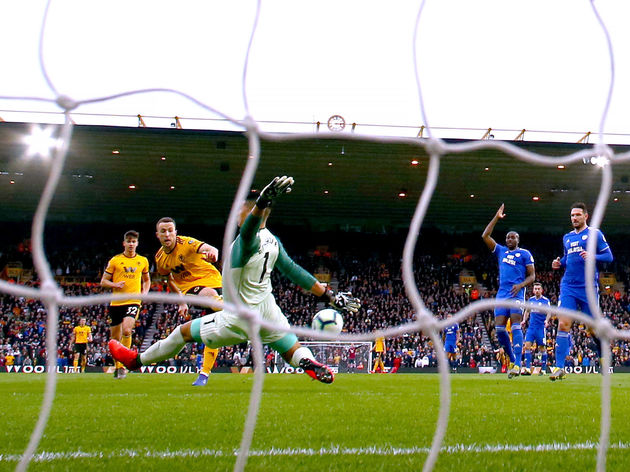 The 22-year-old's technique and ability in front on goal has never been questioned but for a young centre-forward (converted from a winger) Jota proved that he already has the decision making to be at a club at Europe's top table.

Just in case anyone was still in doubt, Cardiff City do not have the quality to play in the Premier League beyond this season.

I think from this point on, Cardiff City, Fulham, and Huddersfield should start preparing for life back in the Championship. #DamageLimitation

Well that's the teams getting relegated sorted by the beginning of March. At least they all get a 2 month head start in preparing for the Championship

They were second best in every aspect against Wolves and have been throughout most of their games this season. Wolves travel to west London next week when they'll take on Chelsea before a FA Cup quarter-final match against Manchester United, while Cardiff City also come up against Maurizio Sarri's side but only after a home match with West Ham.