World Cup over for Gary Medel after heroic effort

Gary Medel played a storming game for Chile before being subbed in extra time.

A tearful Medel watched his teammates lose 3 - 2 to Brazil on penalties after a stunning game in Belo Horizonte.

It remains to be seen if Medel (pictured below getting the better of Neymar) will start the new season at Cardiff and his stock has risen after an excellent World Cup where he played the centre of three defenders.

At his height it shouldn't work but Chile are brilliant at the back and Medel will be a target for clubs in the top leagues.

The other Cardiff player at the World Cup, Kim Bo-Kyung, made two subs appearances as South Korea were knocked out after the group stages. Congratulations to both of them on their efforts. 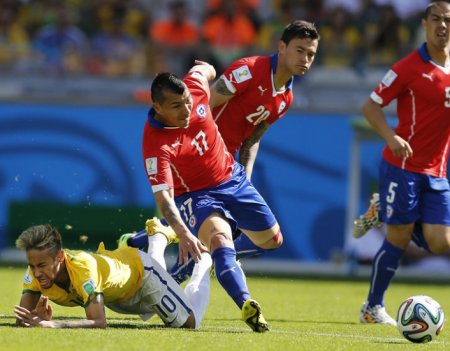