The game, given the Royal seal of approval with Prince William in attendance, looked to be heading for stalemate as the latter stages loomed with the score goalless, but Grealish stepped up to slam home a volley in the 85th minute to snatch all three points for Villa. 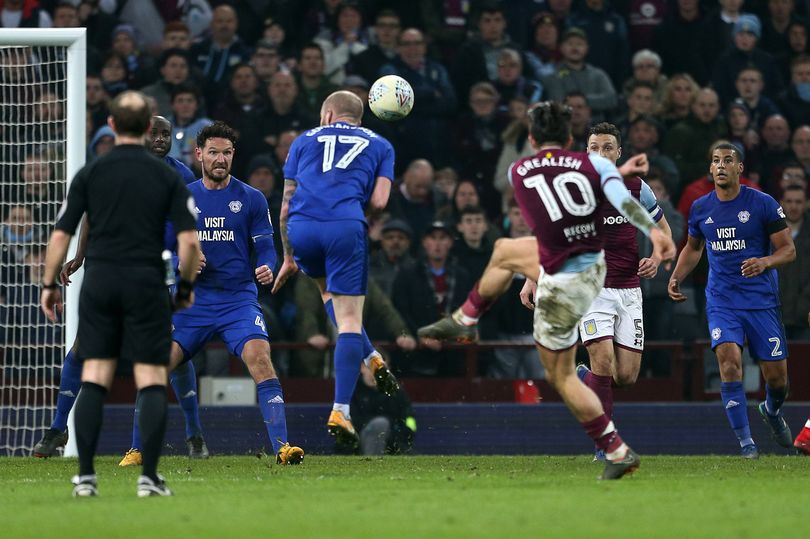 Cardiff had plenty of chances throughout the match but found Villa goalkeeper Sam Johnstone in inspired form, with his save late in the first half to prevent Glenn Whelan from scoring an own goal the pick of the bunch.

The result means Cardiff drop out of the top two, with Fulham's victory over Reading seeing them climb into the automatic promotion berths, while Villa are now just four points behind Neil Warnock's side, and trail Reading by five.

Villa could have made a dream start following clever work by Robert Snodgrass to put Lewis Grabban in, only for the on-loan striker to lash his angled shot into the side netting in only the second minute.

The hosts had a big let off in the 15th minute when young Axel Tuanzebe was caught in possession by Nathaniel Mendez-Laing who broke clear down the right but watched as his low raking drive hit the foot of the far post.

Then, as the first half neared its climax, Johnstone brilliantly denied Cardiff after a cross had cannoned off the back of Whelan and headed for the bottom corner.

Early in the second half Cardiff slowly emerged as the more dangerous as they began to launch a series of attacks to pressurise the Villa rearguard. Only an outstretched foot by Johnstone prevented Kenneth Zohore from opening Cardiff's account shortly.

Grealish then escaped Gunnarsson's close attention to send Conor Hourihane clear only for the Irishman to push his shot wide as he was closed down by Etheridge.

Johnstone came to Villa's rescue to keep out a real block-buster from Mendez-Laing before Villa clinched the game in the 85th minute when Grealish produced a swerving shot which cannoned off the post and into the net.