Steve Cotterill got off to a winning start with Birmingham as they earned a 1-0 victory over Sky Bet Championship leaders Cardiff on Friday night.

Che Adams struck the only goal of the game in the first half at St Andrew's to seal the win for the Blues and lift them out of the relegation zone.

It was a very flat display from Cardiff, as Neil Warnock's side struggled to build up any real momentum following the international break. They stay top but could surrender that position to Wolves or Sheffield United on Saturday. 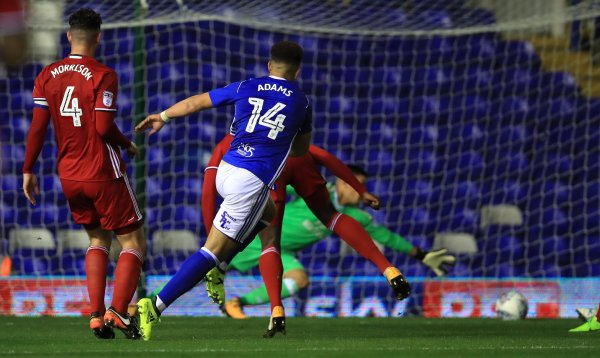 Birmingham started brightly under the lights and they took the lead after 19 minutes after some good work by Adams. Neil Etheridge's somewhat sloppy attempt at a clearance found the forward just inside Cardiff's half, but he still had plenty of work to do as he surged forward and got into the box, before cutting onto his right foot and slotting into the bottom corner.

And Adams had a glorious chance to add a second for Birmingham after 55 minutes when Sean Morrison free-kick headed a free-kick into his path, but he scuffed two efforts from close range before Jacques Maghoma's deflected attempt was cleared off the line by Bruno Manga.

Cardiff tried to turn up the heat in the final half an hour in an attempt to seek a way back into the game, but they couldn't find a way through the resilient Birmingham defence - who saw out the game for a vital three points.