Blackburn Rovers 0 - 0 Cardiff City. A point on the road for City

Blackburn and Cardiff were both denied by the woodwork as they played out a 0-0 draw at Ewood Park, writes Sky Sports.

There was little to separate the sides in a game that struggled to ebb and flow, though Neil Warnock's side looked the most likely to snatch a winner and rattled the frame of the goal in both halves.

A combination of the post - which thwarted Leandro Bacuna and Joe Ralls respectively - and a couple of smart stops by Christian Walton ultimately meant the Bluebirds couldn't find a way through. 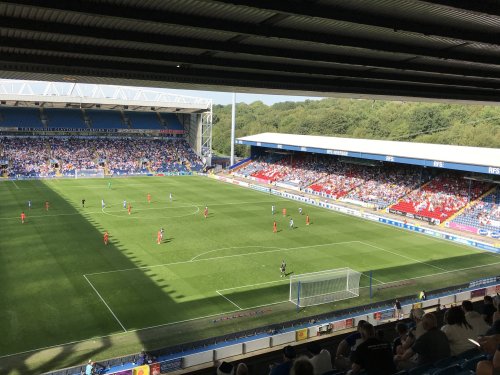 Rovers struggled to penetrate Cardiff's organised defence but Adam Armstrong's second-half introduction gave them more urgency and they could have snatched it at the end but Derrick Williams saw his volley strike a post.

Rovers are now unbeaten in three and have kept clean sheets in all those games. Cardiff are still yet to taste victory on the road in the league this season, but have ended their run of defeats.

Greg Cunningham was ineligible to play against his parent club so Amari'i Bell replaced him in one of two changes while Cardiff named an unchanged side.

Rovers' fast start was almost rewarded when Bell charged into the box and fed Danny Graham, who shuffled his feet brilliantly before seeing his shot deflected over.

The Bluebirds went even closer in the 12th minute when Bacuna was set free in the penalty area and his left-foot shot rattled the woodwork via a deflection.

Both sides had further chances in a tightly-contested first half; Blackburn were foiled through a heroic block by Sean Morrison, who thwarted Graham when he seemed certain to slot home from six yards, and at the other end Lee Tomlin found space 25 yards out but his low drive was well saved low down by Walton.

Substitute Junior Hoilett had the first clear sight of the second half when Robert Glatzel played him in over the top but the former Blackburn man's volley was parried and the follow-up cleared to safety.

The Bluebirds looked the most likely to break the deadlock as the half wore on and Aden Flint had a half-chance but couldn't quite get the correct connection to Hoilett's dangerous cross.

Ralls went even closer with 13 minutes left when he was given time and space 30 yards out and his daisy-cutter beat Walton all ends up but flicked the post and went wide, much to the hosts' relief.

Williams almost snatched it in the 88th minute when a Flint clearance fell to him in the area but his volley cannoned off the post as both sides had to settle for a point.