Pilkington's goal, his second of the match, came five minutes from the end as improving Cardiff made it back-to-back wins in the Championship while leaving their opponents in further trouble.

Lee Johnson's side have now lost 10 of their last 11 league matches, with their most recent victory coming against Ipswich at the start of December, to see them tumble down the standings.

All the action came in the second half 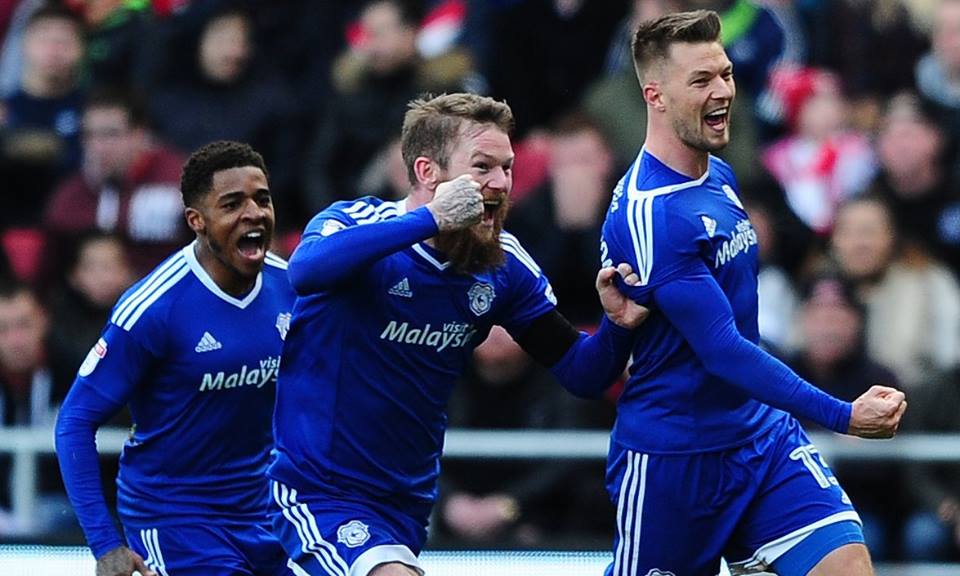 Bristol City went ahead in the 51st minute when Joe Bryan's volley from just outside the box hit the crossbar and then struck the back of diving Cardiff goalkeeper Brian Murphy, who conceded an unfortunate own goal.

Pilkington drove the spot-kick down the middle to equalise.

Tammy Abraham's 18th goal of the season, an overhead kick from a Milan Djuric knock-down, put the Robins back in front in the 78th minute.

But visiting substitute Kadeem Harris got the better of Bryan at the far post to head a second Cardiff equaliser eight minutes from time before Pilkington found the top corner with a right-footed screamer three minutes later to earn the visitors all three points.

Despite a heated atmosphere for the noon kick-off, the first half was low key

Cardiff registered the first goal attempt after eight minutes when Peter Whittingham's fierce shot from distance was deflected over.

Bryan had a shot blocked by Sol Bamba as the hosts began to press and in the 25th minute Bryan forced a diving save from Murphy with a low 25-yard drive.