Danish striker Kenneth Zohore grabbed a late winner at Burton to give Cardiff the perfect start to the new campaign.

The big striker worked room for a shot on the edge of the box and on his left foot unerringly found the bottom corner of the net with a thunderous shot with just three minutes remaining.

Experienced manager Neil Warnock, who managed Burton early in his career, had only lost once in his 10 previous opening-day encounters and in truth they never really looked in danger of losing this one, Zohore's goal ending a spell of pressure for the Bluebirds. 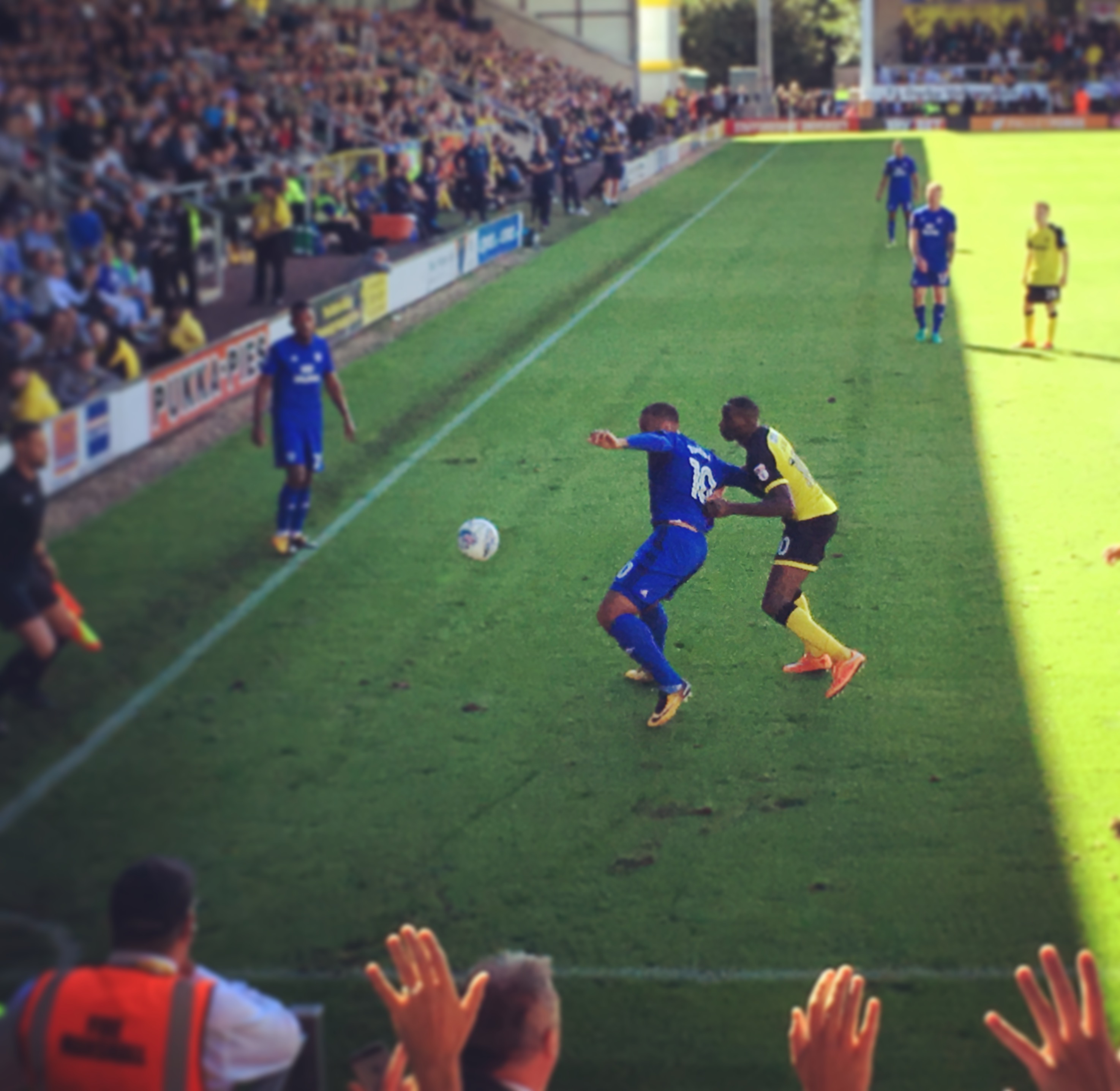 A cagey first half saw precious few chances for either side as both sought a solid start to the season. Cardiff thought they had grabbed an early advantage when last season's top scorer Zohore swept home a left-wing cross from Joe Bennett on seven minutes, but before he could run off and celebrate an assistant's flag ruled him offside.

Burton grew into the game after early Cardiff pressure but struggled to fashion clear openings to test debutant keeper Neil Etheridge. Another new Bluebird, Lee Tomlin, led a swift counter-attack to set up Junior Hoilett but a good challenge from Burton skipper John Mousinho denied him.

As the opening 45 minutes wore on, chances started to come. Burton's top scorer from their first Championship campaign, Jackson Irvine, lifted an excellent chance over the crossbar after fine work from Marvin Sordell. Cardiff's response was immediate and Zohore went close, driving inches wide from inside the box.

Another chance fell to Sordell as half-time loomed. Superb work from Lucas Akins and Lloyd Dyer fashioned the chance but the former Watford man scuffed a good chance wide at the near post.

Cardiff exerted some serious pressure on the Burton defence at the start of the second half and Sol Bamba was within inches of breaking the deadlock only for experienced Burton keeper Stephen Bywater to deny him at point-blank range at the back post.

Bamba tested Bywater again, heading a Tomlin free-kick goalwards on the hour mark, but again the Burton keeper was equal to the task.

Cardiff continued to look the more threatening, especially after the introduction of substitutes Loic Damour and Nathaniel Mendez-Laing. Their industry earned the visitors a succession of corners and Zohore was close again, Bywater having to tip his header over the crossbar from close range to keep Albion level.

Albion struggled to create clear chances as the game wore on and it was Cardiff looking the more likely to snatch the win. Mendez-Laing fired wide from inside the box and fellow substitute Danny Ward saw Jake Buxton deflect his effort wide before Zohore struck to take the points back to south Wales.