Neil Harris' Lions could have closed the gap to safety to two points had they won, and they so nearly took all three points with Mark Beevers striking the bar early in the second half.

As it is they are now four points back of Rotherham with three games remaining, although the Millers could yet be docked points for fielding an ineligible player against Brighton.Cardiff, meanwhile, continue to struggle to reproduce their away form on home turf. 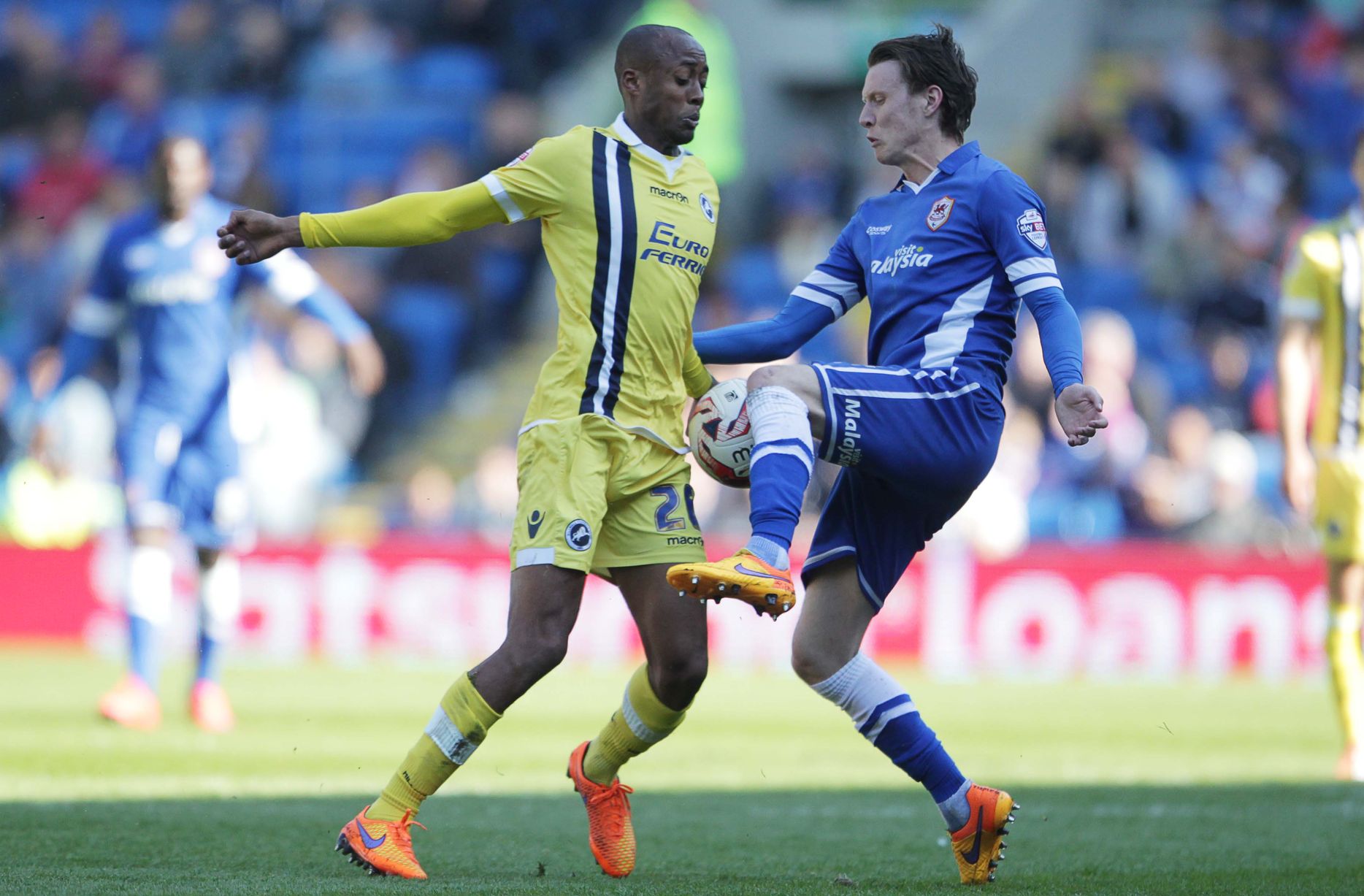 Striker Eoin Doyle missed their best chance to improve a record which now reads just one win in 10 matches at Cardiff City Stadium.The visitors almost made the worst of starts as Joe Mason slipped away from his marker to flick a Joe Ralls cross just wide of the far post.It was the only notable incident of a cagey opening 15 minutes, with Millwall committing few men to their attacks, preferring to ensure solidity at the back.

Neither side threatened to carve the other open and instead it took an error from Cardiff defender Sean Morrison to give Millwall their first sight of goal, but Lee Martin could not profit after Aiden O'Brien had picked off an errant pass.Morrison nearly made amends for his error as he headed a perfect Peter Whittingham corner over the bar, while a sharp block by Beevers was needed to prevent Doyle running in on goal after good work from Craig Noone and Aron Gunnarsson.

Whittingham soon worked David Forde with his left-footed strike from distance, which the goalkeeper eventually clung on to after making a meal of gathering the tame effort.Doyle should have given the home side the lead in the 36th minute as he created the only clear opportunity of the first half.

The former Chesterfield man brilliantly controlled Lee Peltier's clipped pass and raced beyond Sid Nelson into the area, but he dallied as he bore down on goal and opted to try and find Mason instead of going for goal himself and the chance was lost.

Millwall were on the back foot and were fearing they were about to go a man down when referee Mark Brown whistled sharply following Lee Gregory's studs-up tackle on Bruno Manga, but the official eventually chose to only produce a yellow card.

Still Cardiff pressed, with Ralls' cross coming back of the face of the bar with Forde flapping, while David Marshall made his first meaningful save at the other end from Gregory's strike in first-half stoppage time.Having established a foothold in the game, the visitors began to show more adventure at the start of the second half, and were unfortunate not to take the lead five minutes after the break.

Cardiff failed to clear a corner and Beevers' shot beat Marshall but not the crossbar as the ball came down and out, while Manga blocked Gregory's follow-up.Morrison's erratic afternoon in the Cardiff defence soon gave them another chance

Martin robbed the Bluebirds centre-half but O'Brien's strike was saved by Marshall.Harris sent on Gary Taylor-Fletcher and Ricardo Fuller late on and they nearly combined for the winner, only for the former to stand on the latter's pull-back just eight yards out.