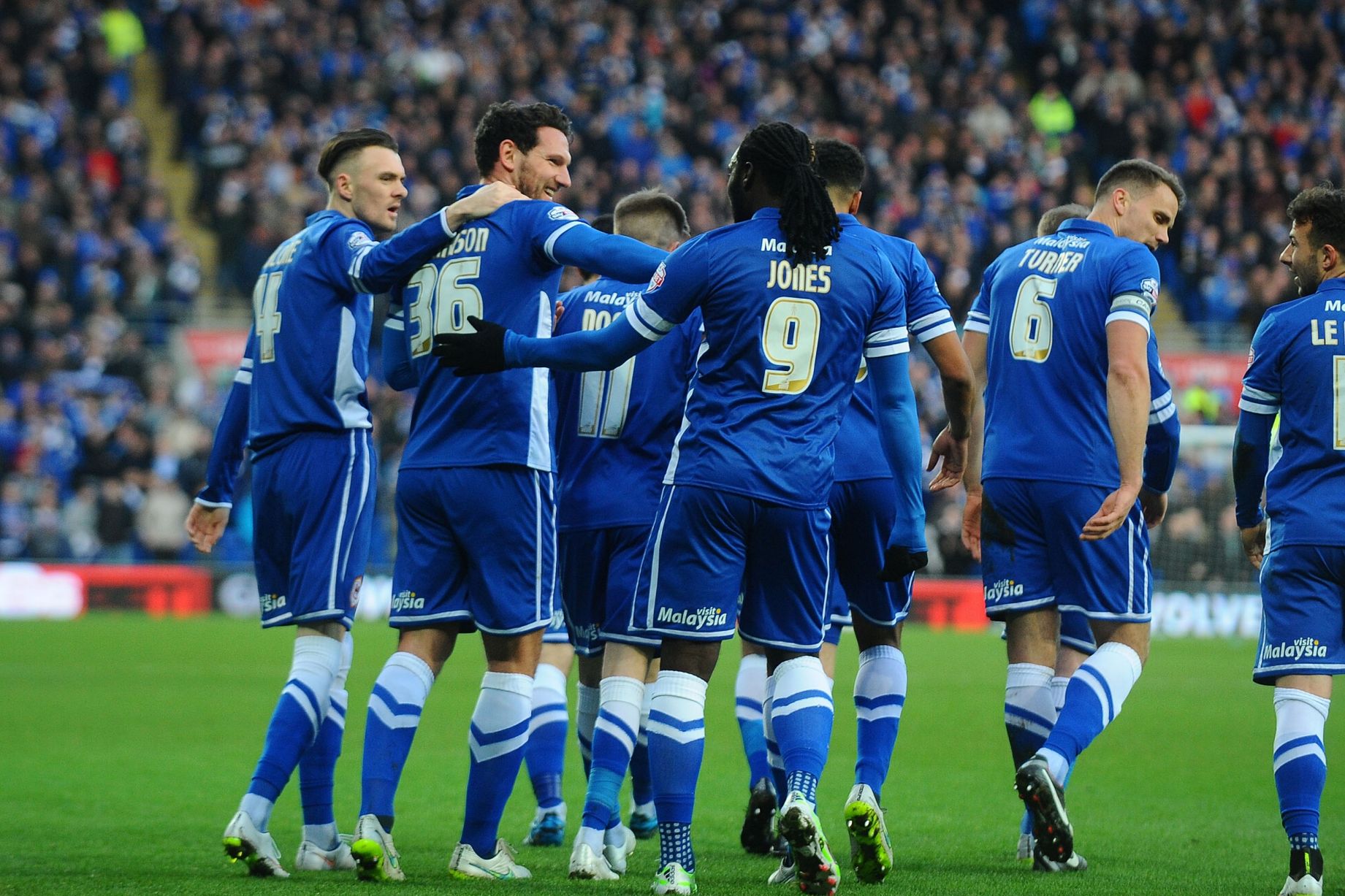 Cardiff returned to their blue kit and duly ended a five-game run without a Sky Bet Championship win with a 1-0 victory over Fulham.

Sean Morrison's first-half header proved enough to cap an emotional day in front of a bumper crowd at the Cardiff City Stadium.

The Bluebirds played in front of their second highest home attendance of the season just 24 hours after the decision by club owner Vincent Tan to finally back down over his controversial change of team colours.

And any hopes those supporters had that a return to blue from red would bring good fortune appeared promising as they opened the scoring in the 14th minute.

Aron Gunnarsson launched an arching throw into the box and Morrison's header had enough to cross the line despite Marcus Bettinelli getting a hand to it.

Cardiff tried the same again seven minutes later with another throw-in by Gunnarsson but this time Fulham's Kostas Stafylidis was on-hand to block Tom Adeyemi's header at the far past and then turn Peter Whittingham's effort for a corner.

Ross McCormack used to score plenty of goals for Cardiff and looked to pull the strings for Fulham behind the two strikers while Ryan Tunicliffe had a decent effort from distance that had Simon Moore, in for the injured David Marshall, at full-stretch.Craig Noone provided plenty of width for Cardiff, forcing Shaun Hutchinson into conceding an early booking, and he almost set-up Kenwyne Jones for an easy finish

However Stafylidis was again on-hand to snuff-out the danger shortly before half-time.It was the last telling contribution by the busy Trinidad and Tobago striker, who failed to emerge from a knock for the second half.He was replaced by Alex Revell, who made his debut following his move from Rotherham, and the tall striker almost made a swift impact with a lay-off for John Brayford, who fired wide from the edge of the box

Left-back Scott Malone also made his first appearance after joining from Millwall.Whittingham felled former team-mate McCormack, who fired his free-kick on target but lacked the speed to beat Moore.Kit Symons rang the changes in a bid to spark his team into life with a double substitution, Alex Kacaniklic and Sean Kavanagh both coming on and were soon followed by Moussa Dembele

Adeyemi rose highest at a corner only to head his effort over the bar while Revell fired a volley wide.Fulham launched a series of attacks in the closing stages but lacked the touch to find a late equaliser