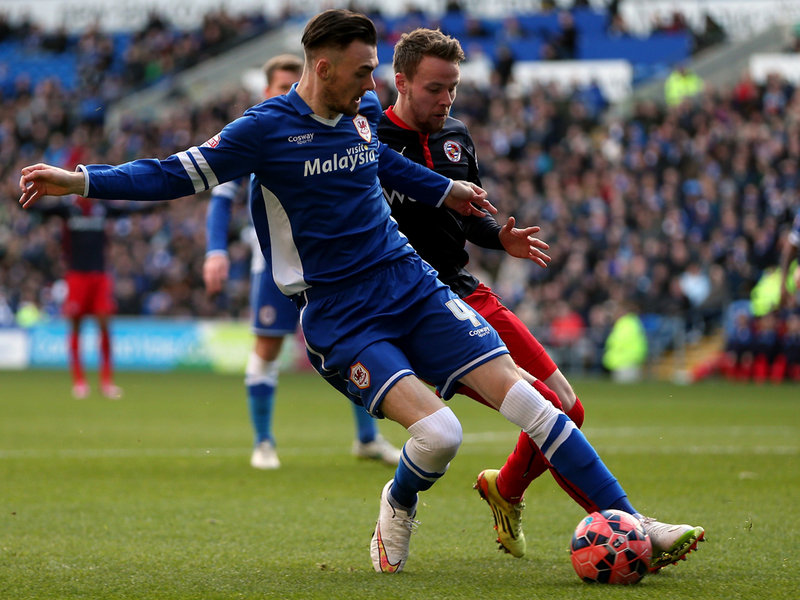 Hal Robson-Kanu booked Reading's place in the fifth round of the FA Cup with a late winner in a 2-1 victory at Cardiff.

Cardiff had beaten Reading 2-1 at home when the two sides met in the Sky Bet Championship in November but much has changed for both clubs since.

Steve Clarke succeeded Nigel Adkins as Reading manager in December and Russell Slade has overseen the great Cardiff clear-out, with John Brayford the latest to depart as Sheffield United announced the capture of their former defender close to kick-off.

Reading began brightly with Norwood firing over and Nathaniel Chalobah's shot being pushed out to safety by home goalkeeper Simon Moore.

Cardiff failed to muster a single shot in the opening quarter with Reading's only moment of anxiety caused by a Peter Whittingham free-kick which drifted wide of an unmanned back post.

But the Bluebirds suddenly burst into life when Alex Revell fed his strike partner Jones and the Trinidadian's smart turn allowed him the space to test Adam Federici from 20 yards.

Jones was not to be denied, though, as moments later he lost his marker from a Whittingham corner and planted a firm header well beyond Federici's reach for his 12th goal of the season and his sixth in the last eight games.

Moore reacted quickly to deny Pavel Pogrebnyak twice in the same Reading attack but the contest meandered its way to half-time with minimal quality on show.Reading had to force the pace and Norwood's deflected drive within two minutes of the re-start brought a fingertip save from Moore.

The Royals were firmly in the ascendancy but some decent approach play was being betrayed by a final pass going astray.But they deservedly levelled when former Royal Sean Morrison went into the back of Pogrebnyak just outside the edge of the area and Norwood dispatched a stunning free-kick for his first Reading goal.

Obita had a low drive saved by Moore and Craig Noone mishit a couple of shooting opportunities but the game appeared destined for a Madejski Stadium replay until Robson-Kanu scored, just as had done at this ground for his country against Cyprus in a Euro 2016 qualifier