In a match dedicated to the memory of Emilio Sala and pilot David Ibbotson, the Bluebirds produced a spirited performance to overcome a Bournemouth side looking for a third straight Premier League win.

The hosts started brightly and were awarded a penalty after just five minutes through a moment of madness from Bournemouth’s Steve Cook. The defender blatantly handled in the area from Josh Murphy’s in-swinger which Bobby Reid duly stepped up to cooly slot home and score the game's opening goal. 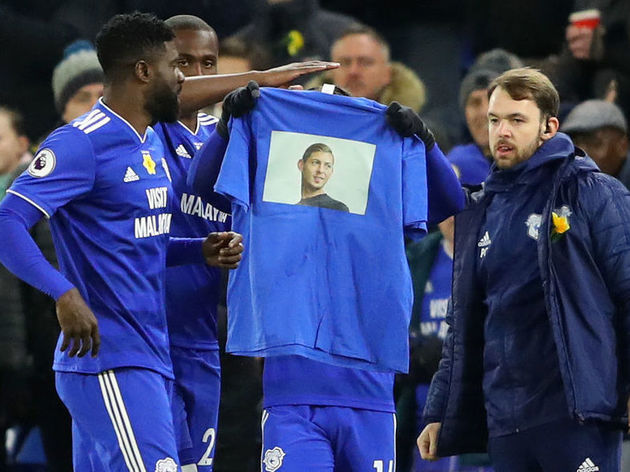 Reid secured his brace just 15 seconds after the restart, timing his run to perfection and cooly slotting the ball passed Artur Boruc. The visitors rarely threatened the hosts who dedicated the win to their record signing who never got to don the blue of Cardiff.

This was ​Cardiff's first home game since the disappearance of record signing Emilio Sala and pilot David Ibbotson over the English channel - and the emotion was evident in south Wales. Bluebirds players warmed up with a picture of Sala on their training top whilst spectators in the Cardiff City Stadium wore daffodils - a symbol of both Wales and colour of Nantes football club.

The man who brought the Argentinian to the Welsh capital, Neil Warnock, appeared visibly upset as the Cardiff City Stadium honoured Sala with a minutes silence before kick-off.

For a player who never played for them , what a tribute to sala from Cardiff city. Well done  classy

Following Bobby Reid's cooly taken spot kick, the forward held aloft one of the training shirts bearing Sala's image to the crowd in a touching dedication to the missing striker.

Murphy deserves special mention for his passionate performance after only being recalled to the starting line-up through Victor Camarasa's failure to pass a late fitness test. It was the winger's cross that met the hand of ​Cook to award Cardiff City a penalty, and the former ​Norwich man whipped in a few excellent crosses throughout the game consistently threatening the Cherrie's defence with his pace.

How did this Bournemouth side beat ​Chelsea 4-0? The Cherries looked average at best and rarely troubled the Premier League's favourites to be relegated. 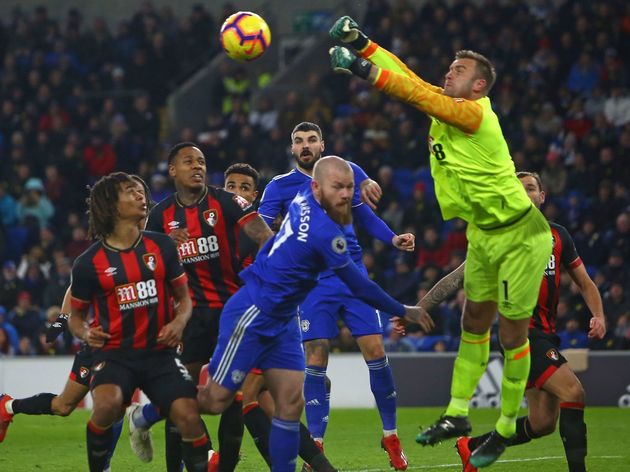 Bournemouth's woes on the road continues as they notched up their eighth consecutive away defeat of the season.

Despite periods where they dominated possession, they failed to create chances of any real significance. Surman did have a rocket of a shot fantastically tipped onto the crossbar by Neil Etheridge but the visitors rarely challenged the home side.

It was far from a fantastic game for any of the Bournemouth team and 'star man' is certainly an exaggeration of King's influence on the game.

However, when called upon, King looked lively and was one of a few Cherries players willing to do battle in south Wales.

The centre back, who has played every minute of the Cherrie's ​Premier League campaign so far, was far from his best - particularly in the first half. Why his hand was so far in the air when Murphy floated in a cross was anyone's guess but the 27-year-old never looked comfortable during the game with Cardiff's Niasse a constant threat to him.

After a vital three points for the Bluebirds, who were five points adrift of safety before this fixture, they take the trip down to the south coast to face ​Southampton following their ​draw with Burnley

Bournemouth face a difficult task of overcoming ​Liverpool at Anfield - looking to avoid a ninth straight away loss.