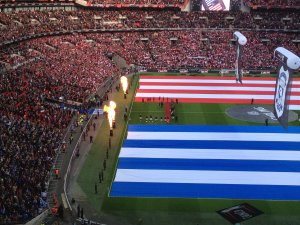 Heart breaking. We led at one stage in the shoot out before Rudy Gestede and finally Anthony Gerrard missed the target. Kenny Miller also missed as Liverpool won 3-2 on pens.

The match was a cracker that Cardiff led through Joe Mason before Skrtel levelled for Liverpool.

The game went into extra time and on 108 mins Dirk Kuyt scored to put Liverpool in front. They tried to hold onto their lead. But late Cardiff pressure saw Ben Turner poke the ball home with less than 2 mins left.

Cardiff led 1-0 and 2-1 during the shoot out but Gerrards effort, the 10th kick before sudden death was put wide and the Cardiff half of the stadium was left devastated.

To a man Cardiff gave every last ounce of effort and we should be extremely proud of them. We were just a couple of kicks away from glory.