Joe Mason's early strike fired the hosts into the lead, with Doyle doubling their advantage after Henry Cameron had fouled Aron Gunnarsson.

Andrea Orlandi's goal gave the visitors hope of mounting a comeback, but Doyle killed off their chances following Miles Addison's foul on Mason before Peter Clarke's late consolation.It was just Cardiff's second home win in 11 games, while for Lee Clark's men this was a 17th game without a victory as they prepare for the drop down into the third tier. 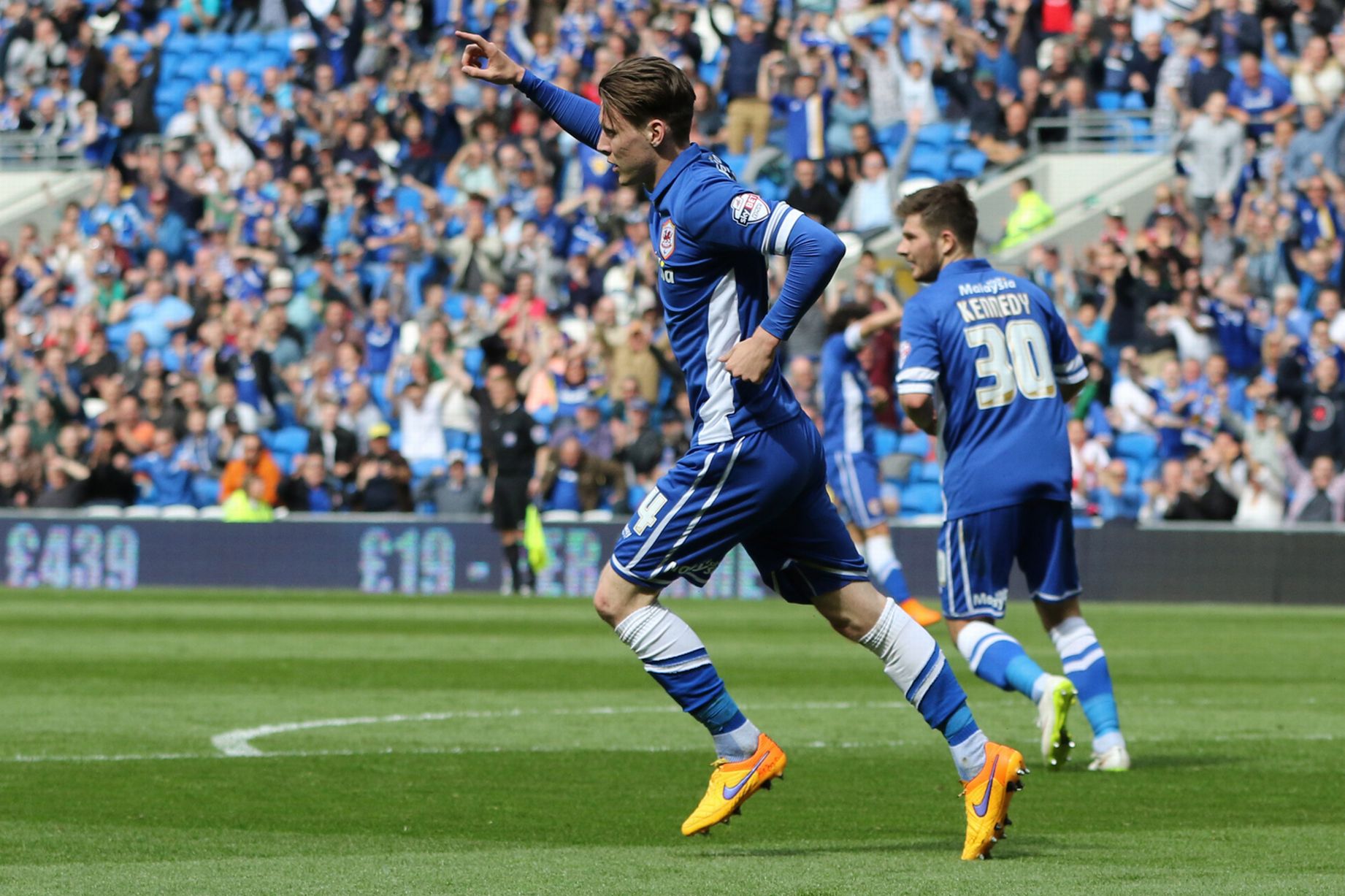 They started well, and after Bright Osayi-Samuel had missed a chance for the visitors, they took the lead.Craig Noone found Doyle down the Cardiff right and, when Blackpool failed to deal with his cross, Mason swivelled and sent his close-range shot beyond keeper Elliot Parish via a deflection off Peter Clarke.

The Bluebirds were soon pressing again, with Fabio overlapping down the left and sending in a cross which hit the bar.The second goal arrived in the 31st minute

Cameron dallied as he retrieved a loose pass in his own area and tripped Gunnarsson as the Cardiff midfielder caught him unawares.

Doyle made no mistake from the spot, driving the ball into the bottom right-hand corner.

Blackpool desperately needed a response and they got one from substitute Orlandi after just two minutes of the second period.The former Swansea man's first contribution was to cut in from the right and expertly curl his shot beyond the reaches of David Marshall.

Cardiff were suddenly nervy, Marshall anxiously watched a deflected Charles Dunne shot bounce just wide, while Bruno Manga made a superb block as Clarke, by now playing up front for the visitors, prepared to dispatch a volley into the net.

But the game was settled 15 minutes from time when Mason went down after contact with Addison just inside the area and, once again, Doyle held his nerve to score from the spot and take his tally for the season to 29.

Clarke did at least get a consolation goal for Blackpool in stoppage time, as he turned home Jamie O'Hara's cross, but it was too little, too late,