Five games now without defeat leaving City five points from the top of the Championship table.

A 2nd minute o.g. from Ashley Fletcher proved to be the winner for City. Josh Murphy fired in a corner and Fletcher headed the ball past his own keeper. 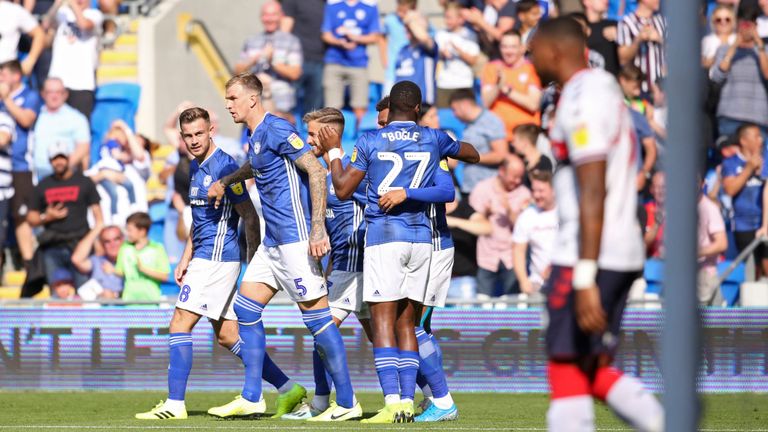 Overall Cardiff were good value for the win but neither side looked completely comfortable. There were impressive performances from Leandro Bacuna and Gavin Whyte but City still looked short in front of goal. Omar Bogle started ahead of Robert Glatzel who missed out through illness.

Middlesbough have more to be concerned about with little or no threat from one of the best strikers in the league, Britt Assombalonga.

City could have wrapped things up before half time but good approach play was lacking a finish and when Bogle did get a sight of goal in the second half his headed effort came back off the bar.

It's not the height of entertainment but nine points from the last five games is bordering on promotion form. Long may it continue.

Next up, Hull away.