Cardiff and Preston gave away no Christmas cheer as they slugged out a goalless draw at CCS today.

The visitors dominated possession and chances and looked the more able side to take control and take the points but despite having 16 efforts on goal they only managed to get three of them on target. Embarrassingly that was many as the total number of shots Cardiff managed. 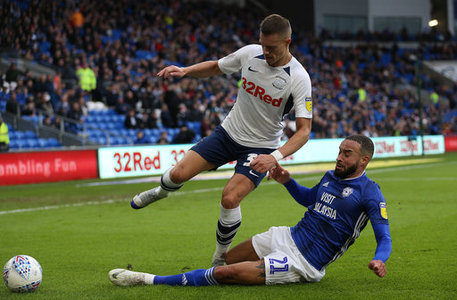 Neil Harris made five changes with the suspended Sean Morrison replaced by Curtis Nelson, Joe Bennett and Joe Ralls were injured and replaced by Jazz Richards and Leandro Bacuna. Will Vaulks and Danny Ward made way for Josh Murphy and Robert Glatzel.

Cardiff again started the game slowly and never really increased the tempo all game. Lee Tomlin's shot going inches wide the best effort of the half for Cardiff. The match did get a little bit stretched as both teams hope for a late winner but overall it was poor entertainment for the watching TV audience as well as those in the ground.

Cardiff's only effort on target was an injury time lob from Lee Tomlin that the keeper tipped over. It may have been going over anyway.

Preston's on target efforts produced two good saves from Neil Etheridge and a comfortable gather for the City keeper after Preston were gifted a chance that they blew.

Murphy failed to impress on his return to the side and it was uncomfortable when the crowd cheered when he was substituted. Harris threw two strikers up front in an effort to win the game but neither managed a clear cut chance.

That's half of the season over and Cardiff are halfway up the table. 12th position but only 4 points off the play off places. It's so tight that just six points separate the 12 teams in 3rd - 14th place.

But if we are to make a challenge for the top six we will need to play far better than we did today.