Cardiff City and Preston North End could not be separated as they played out a stalemate in a contest of few chances in the Welsh capital. 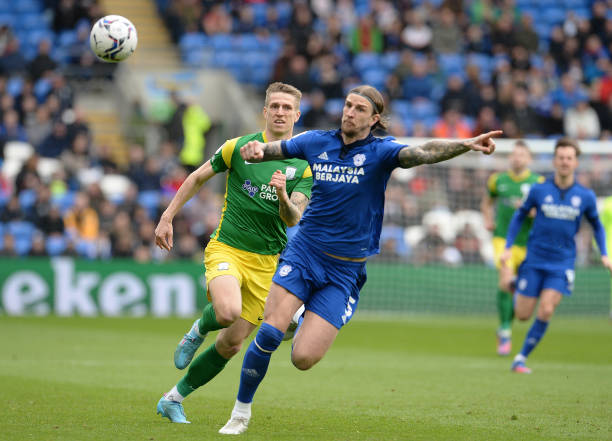 With no real stakes for either side, this is a match that will be quickly forgotten with Cardiff grateful to draw a game they hardly threatened in.

Preston came closest to a goal, but Alex Smithies produced a superb save to deny Daniel Johnson from six-yards out.

The lack of quality in the contest was surprising as both teams came into this match after impressive victories in their previous games.

Preston boss Ryan Lowe made two changes to the side that stunned Bournemouth last week with Liam Lindsay and Emil Riis coming in to the starting side in place of Josh Earl and Ched Evans.

Cardiff's boss Steve Morison also opted to make two changes to a winning side with Isaak Davies replacing Rubin Colwill - who scored the winner at QPR last time out - with the fit-again Tommy Doyle also back as Will Vaulks dropped to the bench.

This was the second meeting between the sides in the Welsh capital this season, with extra time needed to separate them in an FA Cup tie in January so it was perhaps no surprise that the first half was an extremely close and cagey affair with chances on goal at either end in short supply.

Jakobsen saw an appeal for a penalty waved away on 25 minutes, but there were 31 minutes on the clock before Brad Potts' weak effort was easily saved by Smithies, the first shot on goal from either side.

Cardiff were bidding to win a third game on the spin for the first time this season and were seeking a fifth successive league win over Preston, with the Welsh capital a miserable place for North End fans in recent seasons, having won just one of their last 11 away league games against the Bluebirds.

However, Cardiff have scored the fewest first half goals in the Championship this season with only seven and they failed to register a single shot on target before the interval, with Alfie Doughty's shot - over the bar and nearly the out of the stadium - in the 44th minute their only effort off target.

The second half continued in a similar vein, though Johnson was unlucky on 50 minutes to see his cross flash right across the Cardiff penalty area without any attacking touch to turn the ball into the net. At the other end Doyle's long-range effort was easily saved.

But it was not until 73 minutes that either side produced a golden chance to score, with Preston's Johnson wriggling clear of the Cardiff defence, but Smithies denied him from close-range.

Smithies also saved from Cameron Archer as the visitors pushed, with Alan Browne turning the rebound wide as he lost his footing.

Cardiff showed plenty off effort but little quality, though Ikpeazu's effort from 20-yards on 83 minutes was tipped over by Preston goalkeeper Daniel Iversen.

Ikpeazu added a threat for Cardiff and saw another effort saved by Iversen, but Preston were worthy of a point that was secured when Hugill's strike in injury time was ruled out for pushing.

The draw means Cardiff remain 17th in the Championship, with Preston 13th.