Bournemouth moved to the top of the Championship as Philip Billing's second-half strike gave them victory over Cardiff City. 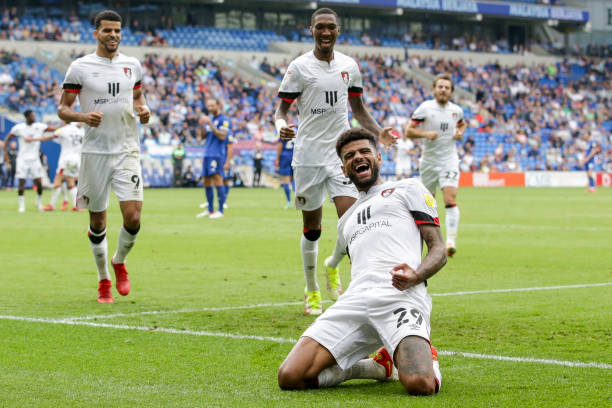 After a quiet first half with few chances for either side, the game opened up after the break, with Denmark midfielder Billing at the centre of everything.

With 54 minutes played, Adam Smith drove into the Cardiff half before squaring to Billing on the edge of area. The former Huddersfield man drove his effort into the bottom corner, leaving Dillon Phillips rooted to the spot.

The Bluebirds showed glimpses of attacking intent late on, with substitute James Collins heading an effort over before strong appeals for a penalty when Kieffer Moore took a tumble in the box.

But it was a mostly uneventful afternoon for Mark Travers on his return to the Bournemouth goal, and Scott Parker's side closed out the game for a deserved victory and a place at the summit of the Championship table after Fulham's home loss to Reading.

Cardiff started brightly, with Leandro Bacuna latching onto Moore's flick, but his desired cross to Mark Harris was blocked behind.

Moments later Bacuna, back from injury, again found a yard of space down the Cardiff right after a poor pass from Jordan Zemura, but Harris could not divert the dangerous cross goal-bound.

The visitors soaked up the early pressure before taking control of the match. Jaidon Anthony rounded Cardiff goalkeeper Phillips before crossing for what would have been a Dominic Solanke tap-in, but Aden Flint was alert to the danger and poked the ball behind for a corner.

The Cherries continued to press, with Solanke, Jefferson Lerma and Ryan Christie combining well before the former Celtic winger shot straight at Phillips.

Christie was booked soon after for a tackle on Harris, in the aftermath of which Gary Cahill and Will Vaulks collided, but referee Josh Smith let both off with a warning.

Wales international Moore had an effort saved by Travers after a poor clearance initially by the Republic of Ireland goalkeeper, before Christie once more tested Phillips from distance.

While the first half lacked any real rhythm or tempo, the second started in much brighter fashion, with several half-chances falling the way of Cherries midfielder Billing.

But with five minutes played, the ball once again came the way of Billing after Smith broke clear. This time the former Huddersfield Town midfielder made no mistake, drilling his effort low past Phillips from the edge of the 18-yard box.

Billing almost had a second as he looked to curl in a free-kick from 20 yards, but Phillips kept the hosts in the game with a smart save.

The visitors should have doubled their lead minutes later. From a Cardiff cross they broke four-on-two, but Anthony hesitated a split-second too long and Curtis Nelson got back to deny him a shooting opportunity.

Substitute Collins headed over when under heavy pressure, before the Cardiff City Stadium appealed as one for a penalty when Moore went tumbling in the Bournemouth box.

For the first time since the opening exchanges it was the hosts who found themselves on top, captain Sean Morrison heading against the crossbar with 10 minutes remaining.

But Cardiff could not find the another opening and Bournemouth's win, coupled with dropped points for West Bromwich Albion and Fulham, sees them move to the top of the Championship.