Nottingham Forest ended their six-match winless run with a 1-0 victory at Cardiff thanks to James Garner's first-half strike. 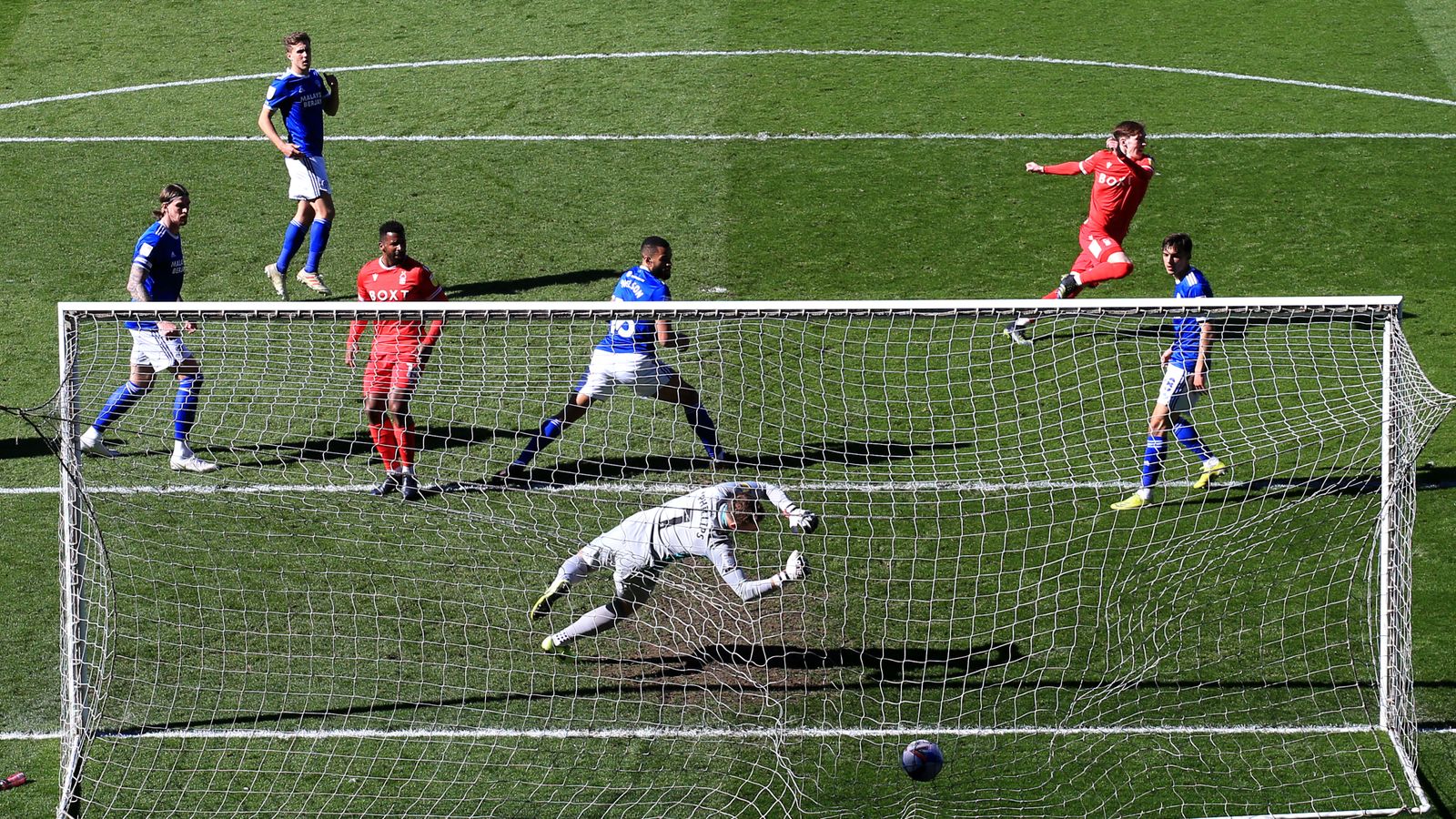 Cardiff failed to back up their south Wales derby victory as they fell further behind in the race for the play-off places. They are now five points adrift of Reading in sixth.

The hosts were without their influential leader Sean Morrison, who was still suffering the lasting effects of playing through pain in the triumph over Swansea.

The centre-back pulled his calf and suffered from a severe blister, which meant he missed out on a place in the matchday squad for this clash with the struggling East Midlands side.

Curtis Nelson replaced the injured skipper as Cardiff went in search of a second successive victory against a Forest side without a win in six.

Hughton made three changes to the side who delivered an improved performance in their draw with Brentford last time out.

Joe Worrall was fit to return in place of Tobias Figueiredo, Tyler Blackett came in for the injured Gaetan Bong and Ryan Yates replaced Filip Krovinovic in midfield.

Cardiff had the first clear-cut chance as both sides went on the front foot from the off. Kieffer Moore steered Ciaron Brown's long ball into the path of Harry Wilson, who surged forward and found Leandro Bacuna on the edge of the box, but the midfielder's shot was saved by Brice Samba.

But it was Forest who landed the first blow after 29 minutes. Cyrus Christie caught auxiliary wing-back Joe Ralls napping to get free down the right side and sent a low cross into the path of Garner, who steered the ball into the back of the net.

Will Vaulks sent a fizzing half-volley just wide from 25 yards out, but that was as close as Cardiff came to levelling the scores before half-time.

The man who created the Forest goal showcased his defensive strengths to save his side 12 minutes into the second half after Aden Flint's shot fell at the feet of Moore.

The Wales striker looked destined to end his month-long goal drought from 10 yards out, until Christie came across to get a vital block on the ball.

The Forest defence held firm under heavy pressure until the final five minutes when Josh Murphy's cross found the head of the unmarked Flint five yards from goal - but the defender headed inches over the bar.