In a cagey first half, both sides largely failed to test either goalkeeper and the second period continued in the same scrappy vein, with a lack of energy ensuring that a stalemate looked the most likely outcome in south Wales. 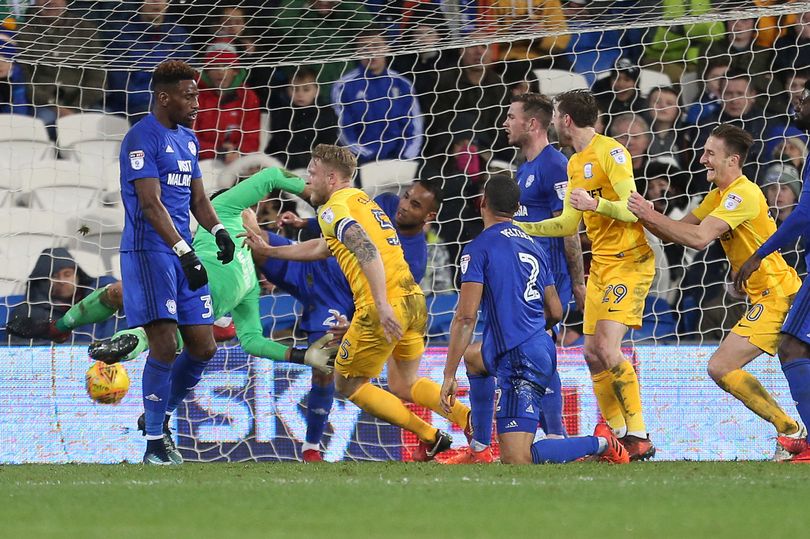 The result sees Neil Warnock's men lose further ground on Wolves, while handing Bristol City a chance to pull clear in second on Saturday evening; Alex Neil's side are now within a point of reaching the play-off places.

With the Bluebirds reeling from two defeats that had seen them relinquish their lofty position in the Championship, it was a tight encounter, with the hosts seemingly prepared to allow Preston to play, before pouncing on the counter-attack.

The tone of the game was set relatively early on; long passes - sent to test the mettle of Sol Bamba in the Bluebirds' defence - came in abundance, bright attacks did not.

Preston's passing ability began to show as the half wore on, with Pearson dictating the pace of the game; they looked threatening on several occasions and had chances from a pair of dangerous free-kicks. Etheridge remained untested.

It was Cardiff who found themselves on top as the second period got underway and they almost found a way through the Preston backline minutes before the hour mark, but Kenneth Zohore was expertly dispossessed by Ben Davies, before visiting stopper Chris Maxwell almost gifted Junior Hoilett the opener when he smashed a clearance off his back.

Warnock's men were inches away from being undone themselves when Tom Barkhuizen's cross was saved by Etheridge and stunningly cleared from the feet of Jordan Hugill by Bruno Manga with 13 minutes to play.

But with the tempo rising as the final minutes of the game approached, Preston made their late onslaught count. Harrop's corner was headed goalwards by Huntington and pushed clear by the home defence, before Clarke arrived to nod the winner at the death.