Chris Willock's first QPR goal secured a 1-0 win for his team and made it six straight defeats for Cardiff with Bluebirds manager Neil Harris now a man under serious pressure. 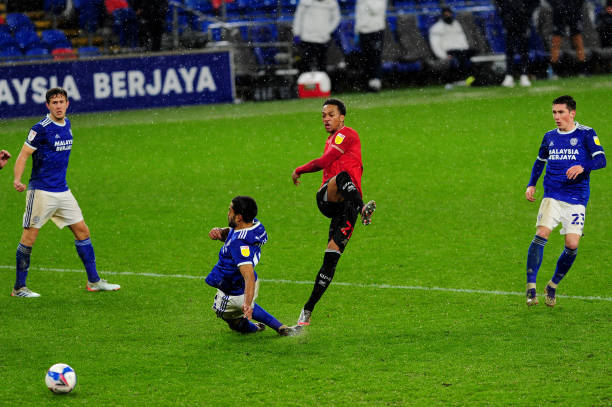 Cardiff reached last season's Championship play-offs but they are underachieving badly this term and look devoid of confidence and any real attacking threat.

Harris put all his attacking players on the pitch in search of a win against fellow strugglers QPR, but his team still could not score. Harris is now clinging to his job in the Welsh capital.

Cardiff handed debuts to January signings Perry Ng and Max Watters while captain Sean Morrison made a surprise return from injury at the heart of the home defence.

Todd Kane had the game's first chance with an ambitious shot. Charlie Austin also put an outrageous left-foot volley over after controlling on his chest. His strike partner Lyndon Dykes was the next to go close with a looping header.

Cardiff striker Kieffer Moore headed a long Will Vaulks throw wide at the other end.

Joe Ralls also had a low shot saved, but neither goalkeeper was worked too seriously until Ng was denied by a smart save from QPR's Seny Dieng.

The two sides went to the break scoreless in pouring rain with Cardiff's diamond formation unable to make the breakthrough.

Cardiff removed the anonymous Watters for Mark Harris 10 minutes into the second half and the young striker immediately put a shot against the post from an offside position.

Harry Wilson then had an effort from distance easily stopped by Dieng.

QPR thought they had made the breakthrough in the 64th minute. Austin put the ball in the net after Ilias Chair had dinked it over Alex Smithies.

But the striker on loan from West Brom was judged to have had his boot too high as Ng went down before Austin scored and referee Darren Bond blew up. Austin was then almost immediately replaced by Macauley Bonne.

QPR moved ahead through Willock in the 71st minute. Cardiff goalkeeper Smithies got one hand to the strike but could not keep it out although his defence was to blame for giving Willock far too much room.

Harris introduced Sheyi Ojo and Robert Glatzel but Smithies had to do brilliantly to stop Bonne from making it 2-0 to QPR.

Dieng then made a spectacular save to deny Leandro Bacuna from a free-kick. The Cardiff midfielder's powerful, curling effort looked destined for the top corner before Dieng stopped it.

He then got down low to deny Moore as Cardiff endured another evening to forget.