Queens Park Rangers moved back into the Championship play-off spots with a comfortable 1-0 win over a lacklustre Cardiff City in the Welsh capital. 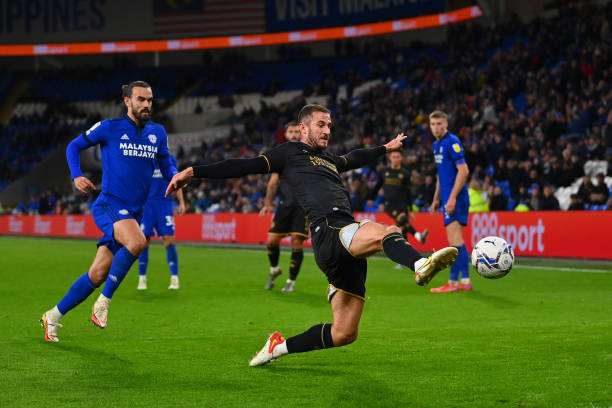 Andre Gray's third goal of the season in the first half proved enough for the visitors who deserved their victory.

The win for QPR lifts them to fifth in the Championship, while managerless Cardiff, who are 21st, are just a point and a place above the relegation zone.

This will certainly feel like two steps backwards for Cardiff, who had hoped their stunning comeback at Stoke City at the weekend - where they scored three goals in five minutes - would be a catalyst for improvement.

Caretaker boss Steve Morison opted to make one change to the side who came back from 3-0 down to draw at Stoke - ending a run of eight successive defeats - with Marlon Pack replacing Leandro Bacuna in midfield.

Mark Warburton made three changes to the QPR side held by Nottingham Forest, with striker Gray returning to partner Lyndon Dykes in attack.

QPR have struggled on the road recently having lost their previous four away games and it was the hosts who came close to an early goal in the fourth minute, when Perry Ng's 20-yard curled effort was just wide after Ryan Giles' cross.

Sadly for Cardiff, they never came closer to a goal.

The Bluebirds did test QPR goalkeeper Seny Dieng, but the Senegalese international easily held Rubin Colwill's shot from distance, while Dykes glanced a header wide at the other end.

The first half was low on chances and quality, so it did come as something of a surprise when the visitors opened the scoring on 36 minutes with a goal that certainly was not short on quality.

Cardiff will wonder how they were breached so easily, as midfielder Dozzell split their defence with a superb pass and Gray lashed the ball into the bottom corner of the net, across Alex Smithies, from 20 yards.

The visitors might have doubled their advantage when Sean Morrison and Curtis Nelson got into a mix-up and Dykes was able to turn and shoot, but his effort was straight at Smithies.

Smithies also saved a long-range effort from Ilias Chair as the Rs pushed for a second, while the goalkeeper avoided a red face after slicing a clearance to Dykes who could only fire over as he looked to take advantage.

Substitute Charlie Austin almost set-up Dykes on 71 minutes, but Morrison produced a goal-saving block to give Cardiff hope of a late rally.

The closest the hosts came was with two minutes remaining, but Yoann Barbet's wayward attempt at a clearance flew over the crossbar and Giles' speculative effort was held by Dieng.

The Welsh club's lack of confidence was clear for all to see, with Cardiff finding the net in only two of their past 10 Championship games.