Second-half goals from Christian Atsu and Isaac Hayden gave Newcastle a 14th away league win - a club record - and ensured that Brighton must beat Bristol City on Saturday to be crowned champions on the penultimate weekend of the season.

Atsu broke the deadlock with a delightful 55th-minute free-kick before Hayden struck his second Newcastle goal 10 minutes later from 20 yards.

There was good news for Cardiff before kick-off when top scorer Kenneth Zohore signed a new deal keeping him at the club until 2020.

But 11-goal Zohore was snuffed out as Newcastle claimed a 10th successive league win over Cardiff, a run which stretches back to 1981.

The 4,000 Newcastle fans were clearly in party mood after their return to the Premier League was confirmed by Monday's 4-1 victory over Preston.

And they almost had an early lead to celebrate when Atsu flashed a ball across the six-yard box which Ayoze Perez was unable to divert goalwards.

With boss Rafael Benitez having made five changes from the side which secured promotion, Newcastle were disjointed in the opening quarter and Cardiff sensed the visitors' vulnerability.

Aron Gunnarsson forced a near-post save from Rob Elliott before Cardiff had the ball in the Newcastle net after 20 minutes.

Peter Whittingham, possibly making his final home appearance after 10 years of service at Cardiff, swung over a corner which Sean Morrison headed past Elliott. 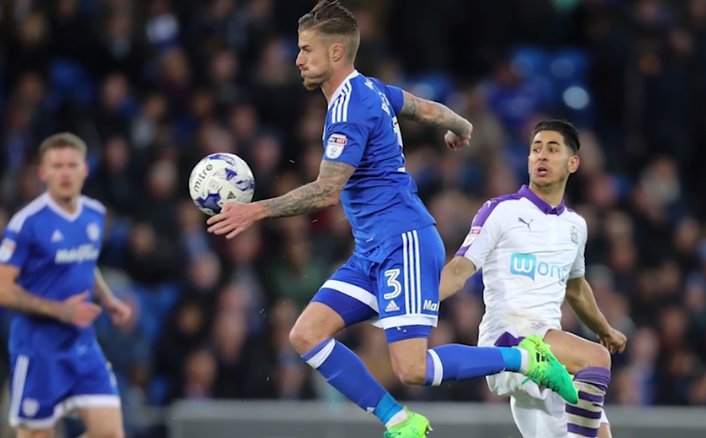 But Morrison was adjudged to have taken a ride on the back of Ciaran Clark and the effort was disallowed.

DeAndre Yedlin broke behind Joe Bennett, but his angled drive was kept out smartly by the legs of McGregor.

Newcastle also threatened at set-pieces but central defenders Clark and Chancel Mbemba failed to keep their efforts down.

And Cardiff were fortunate that referee Graham Scott failed to notice Greg Halford's blatant tug on Perez at a corner.

But Newcastle seized the advantage when Morrison brought down Atsu on the edge of the penalty area and the winger curled his free-kick over the wall and past a static McGregor.

Atsu almost had another soon after, but Hayden's firm strike guaranteed Brighton still have work to do before the title champagne can be uncorked on the south coast.

Shots on target were Cardiff 3 Newcastle 5