Only 4,111 tickets were sold making it the lowest ever attendance at Cardiff City Stadium for a competetive first team game. Beating the 4,194 who braved City v Colchester in 2015.

The starting XI included nine players who are in the matchday squad but they were trumped by a Luton side who were better in every department.

A first half that saw a number of City chances poorly executed, ended with the unfortunate Junior Hoilett putting the ball into his own net. 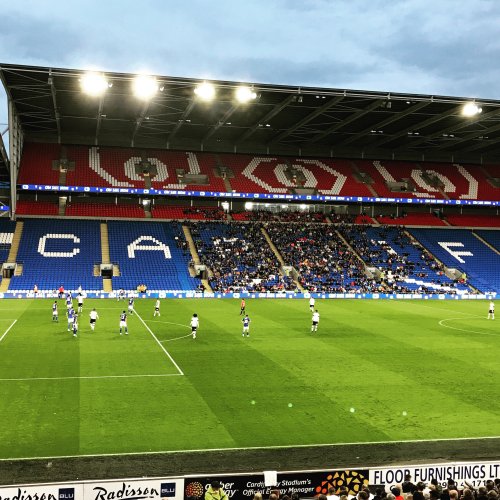 Luton scored a second from a superb free kick before splitting the City defence wide open to make it 3 - 0. Fully deserved for the visitors who had lost here a couple of weks ago in the League.

By the time the final whistle went half of the starting attendance had gone and while the club seem to have this half arsed approach to cup ties I suspect we might break the low crowd record again in the near future as fans will stay away.

As a contrast Leeds had over 30,000 at Elland Rd last night for their game v Stoke (which they lost on penalties). And elsewhere two Premier League clubs were knocked out by League 2 sides. Palace and Norwich falling to Colchester and Crawley respectively.