Kenneth Zohore snatched a late winner to earn Cardiff a 1-0 victory over Bristol City in the Sky Bet Championship.

The Danish forward came off the bench to score after 82 minutes and earn the Bluebirds a valuable three points in the race to reach the Premier League.

A fourth straight win lifts Cardiff four points clear of Aston Villa once more and moves them to within two victories of leaders Wolves. 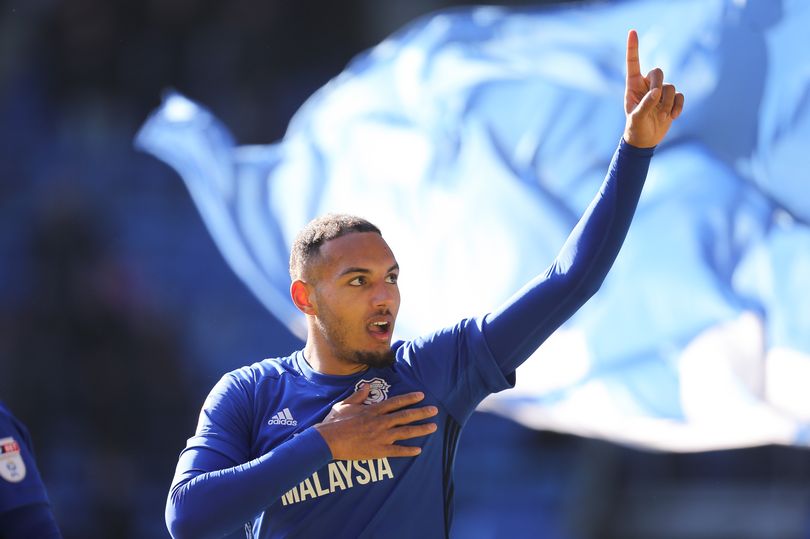 It took only four minutes for derby tensions to flare up when Nathan Baker used his hand to fend off Callum Paterson and prevent him from reaching Joe Ralls' ball over the top.

The centre-back was booked for the challenge before Gary Madine headed over from the resulting free-kick.

The hosts had an even better chance to take the lead when Liam Feeney left Hordur Magnusson in his tracks and crossed the ball.

The ball fell to Madine, whose shot ricocheted into the path of Ralls, but he could not guide it through heavy traffic in the Bristol City penalty area.

Cardiff had another opportunity after half an hour when Sol Bamba charged upfield and slipped a through-ball behind the defence, only for Feeney to find the hands of Frank Fielding.

Fielding was called into action to save Greg Halford's tame effort before the visitors almost sneaked ahead in first-half stoppage time.

Famara Diedhiou dispossessed Matthew Connolly and sent the ball to strike partner Lois Diony, who failed to find the target.

Zohore replaced Madine at half-time and almost made an instant impact. The Danish striker poked the ball past Aden Flint and charged towards the Robins' box.

His low cross was then almost diverted into his own net by the retreating Korey Smith, who slid in to send the ball out for a corner.

Another ball into the box almost unlocked the defence when Zohore flicked the ball on for Paterson, whose shot went inches over the bar.

Smith showed his attacking intentions when he got forward to blast a shot against Paterson, but neither side could make a chance count until Zohore struck.

Ralls crept into the Bristol City box and sent a low cross towards Paterson, and he let the ball run through his legs and into the path of Zohore who fired past Fielding.

Josh Brownhill had a late chance to snatch a point, but Bamba was there to clear the danger and earn Cardiff bragging rights over their English rivals.