New-look Cardiff began their Sky Bet Championship campaign with a 1-0 victory over Norwich in a bad-tempered affair in the Welsh capital. 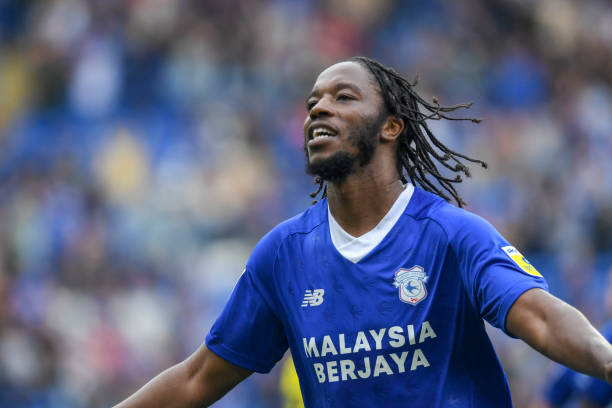 Romaine Sawyers struck the winner four minutes into the second half of a contest that saw both sides reduced to 10 men after the break.

Cardiff defender Perry Ng and Norwich captain Grant Hanley were sent off for second bookable offences as the relegated Canaries discovered that life in the second-tier might prove difficult.

This was the day that Cardiff had hoped to unveil Gareth Bale following the end of his nine-year stay at Real Madrid.

But Bale chose not to play club football in his home city and instead plumped for a pre-World Cup move to Los Angeles FC.

Cardiff boss Steve Morison put that disappointment behind him to sign no fewer than 13 players this summer, and eight of them started against Dean Smith's Canaries.

Norwich had a more familiar look with seven of their starting line-up having featured in their final Premier League game with Tottenham two months ago.

Todd Cantwell was also back following his loan spell at Bournemouth and the forward produced the best moments of a closely contested first half, including a delicious drag-back.

Cantwell also came closest to breaking the deadlock in the 20th minute after Kenny McLean was gifted possession.

McLean found Cantwell with a precise pass and the debut-making Ryan Allsop had to produce a sprawling save to stop the ball from finding the bottom corner of his net.

Cardiff had attempted to play through the thirds, with Morison keen to put greater emphasis on a passing game than some of his predecessors.

Sheyi Ojo produced some smart footwork midway through the first half to advance into shooting range, but Krul comfortably held his weak effort.

Norwich grew more confident as the half unfolded and should have taken the lead 10 minutes before the interval.

Dimitris Giannoulis surged down the left but his cross failed to find the unmarked Josh Sargent at the far post.

Cardiff took the lead when Callum O'Dowda set up Sawyers and his drive from 25 yards found the bottom corner with Krul possibly unsighted.

There was a flashpoint midway through the second half when substitute Joe Ralls brought down Teemu Pukki and Ng was pushed over in the resulting melee.

Ng and Hanley paid the ultimate price after picking up second yellow cards, with Norwich holding a one-man advantage for 12 minutes.

Hanley departed five minutes from time and Cardiff saw out victory in front of a delirious near 20,000-crowd.