Paterson's scrappy second-half finish (73) following a glaring error by defender Jannik Vestergaard was enough for Cardiff to secure a victory over Hasenhuttl's side. 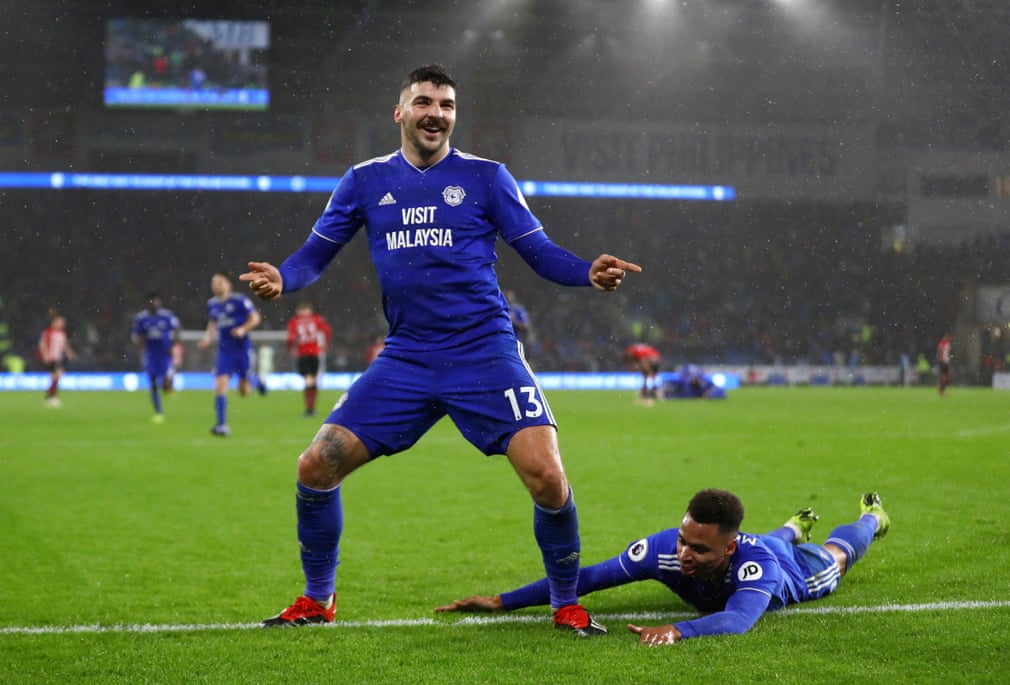 In a game of few clear-cut chances, Southampton's Stuart Armstrong felt he should have had a penalty before the hour mark when he fell under the challenge of Victor Camarasa in the box, but referee Jon Moss waved away the protests.

The result means Cardiff move up into 14th place. Southampton, meanwhile, drop down into 19th on nine points as their worst run of form in 20 years continues.

Southampton started the game brightly in a 4-3-2-1 formation with wide men Armstrong and Nathan Redmond playing very narrow, but the first chance of the game fell to Cardiff. Josh Murphy's cross was excellently recovered by Nathaniel Mendez-Laing to tee up Harry Arter, but the Bournemouth loanee failed to get enough power behind his shot.

In the 17th minute, Murphy had the chance to put Neil Warnock's side in front, but his low drive was well blocked by Alex McCarthy. Seven minutes later and Murphy was slipped through by Paterson into a one-on-one following a lapse of concentration from Jan Bednarek, but McCarthy took the ball away from the 23-year-old's feet as he tried to round the England international.

Mendez-Laing, on just his third Premier League start, had a venomous strike on goal just before the break, but McCarthy was there to make another stop as he tipped a powerful effort over the bar.

Southampton had strong appeals for a penalty in the 59th minute when Armstrong appeared to be tripped in the box by Camarasa, but Moss did not believe there was enough contact to award a spot-kick.

In a second half lacking creativity in the wet and windy conditions at the Cardiff City Stadium, it took until the 74th minute for the deadlock to be broken by Paterson. The 24-year-old pounced on a mistake by Vestergaard, who dwelled on the ball far too long, before he trickled a tame shot past McCarthy into the bottom corner for his fourth goal of the season.

With Southampton not producing much of a fightback, Cardiff almost extended their lead 10 minutes from time through their captain Sean Morrison, but he failed to direct his free header on target. Nevertheless, Cardiff held on for an important victory which leaves Hasenhuttl with plenty to think about ahead of Southampton's Super Sunday clash against Arsenal.