Harry Arter was sent off on his return to CCS as Cardiff and Fulham drew 1 - 1.

The red card changed the dynamic of the game that until then had seen Fulham hold possession of almost 75% while passing back and fore across the pitch. 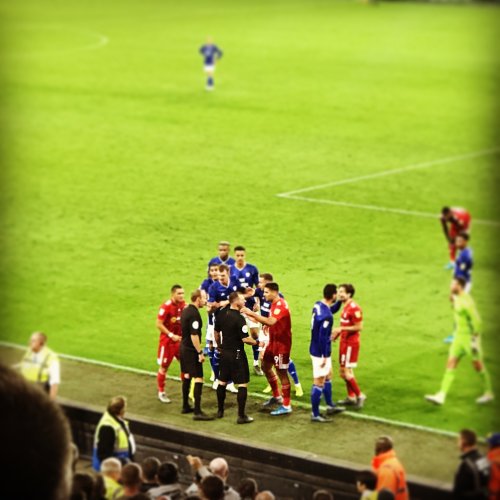 When Arter saw red after a second yellow card the game changed into a survival test for Fulham and they held out as Cardiff lumped the ball forward for the final 20 mins, Sean Morrison missing a header to win the game late on.

Cardiff took the lead just before half time when Josh Murphy raced down the left and finished past Marcus Bettinelli. But the dangerous Aleksandar Mitrovic was left unmarked to tap in the equaliser before the break. 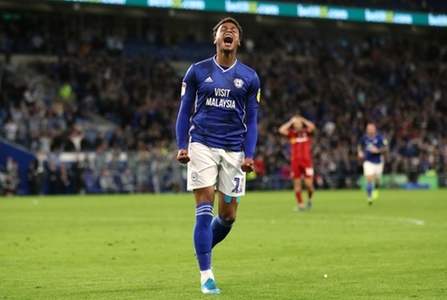 There was two contrasting styles of play tonight with Cardiff looking to play direct and long when they gained possession although the goal came from a superb pass along the ground from Aden Flint into Murphy's path.

But Fulham's passing game and persistence won them an equliser moments later with Mitrovic found space in the six yard box to tap in.

In the second half Fulham pased sideways more and more looking for a gap in the City defence until Arter's moments of madness. Firstly he took out Joe Ralls to get a yellow card and then the most ridiculous dive to get a second yellow and subsequent red a minute later.

RT @SkyFootball: 🤯 WHAT’S HE PLAY-ACTING AT?

Arter receives one of the most bizarre red cards for simulation the #EFL has ever seen!

What is the #FFC man doing?

The game changed and Fulham's ponderous passing became Fulham's constant time-wasting and spoiling tactics to hold onto a point. Cardiff were not sharp enough to get a winner but did go close with Sean Morrison's header and a second effort from Robert Glatzel that both went wide.

Three Fulham players were booked for time-wasting before the final whistle.

The score draw was Cardiff City's first in League football since April 2018, 51 games ago.