Bamba struck from close-range in the fourth minute of time added on after Kieren Westwood had pushed out Lee Tomlin's free-kick to Nathaniel Mendez-Laing.

Gary Hooper had earlier scored for the fourth successive league game - their first time he had achieved that feat since February 2008 when he was on loan at Hereford.

After a flat first period - in which Wednesday were the better side - Cardiff began to show some energy which has been the hallmark of their early-season play.

Junior Hoilett and Nathaniel Mendez-Laing both went close to equalising and Joe Bennett wasted a great opportunity in stoppage time before Bamba's point-saver.

It is now two points from nine for a Cardiff side, who had lost the leadership of the Championship in midweek following a first defeat of the season at Preston. 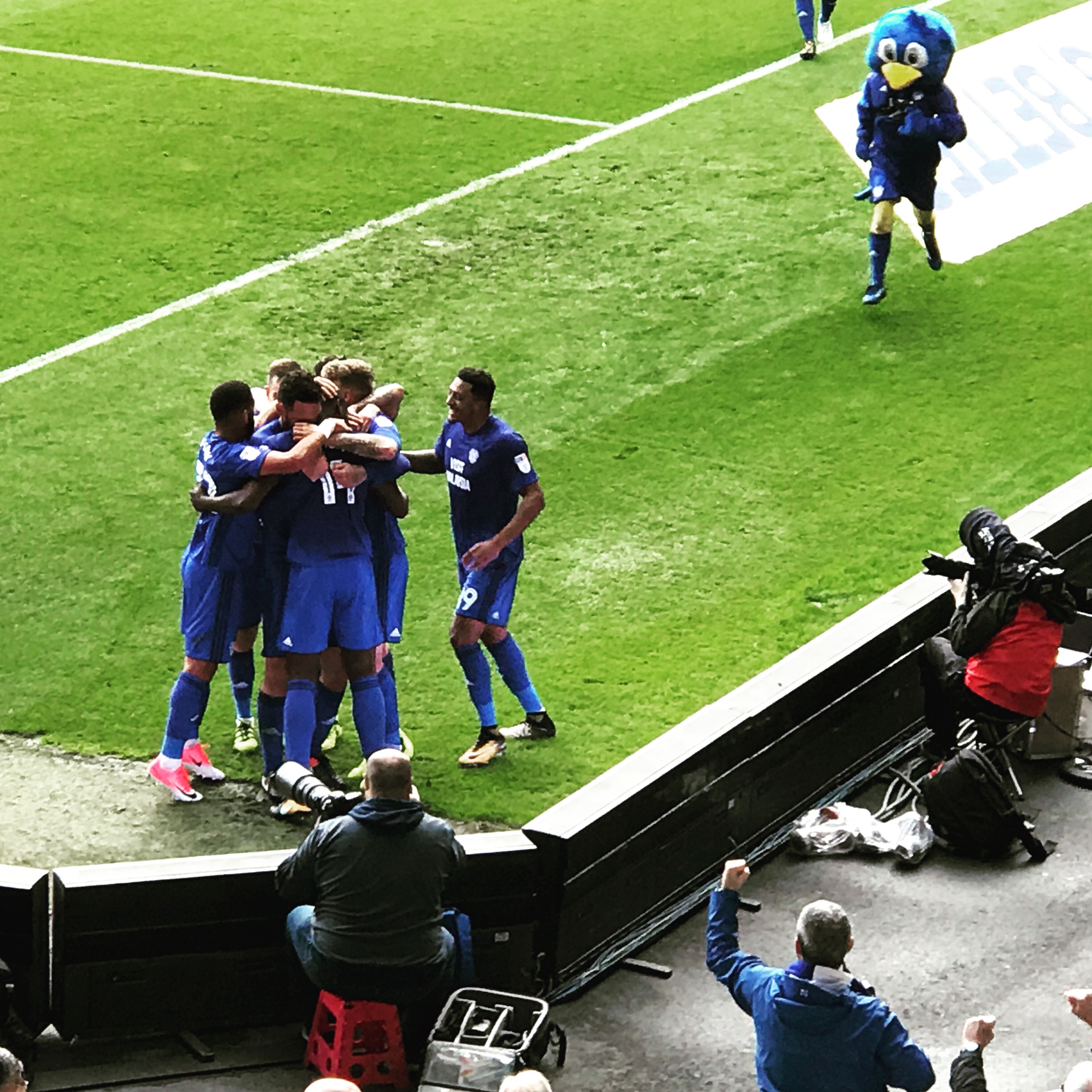 There looked to be a clear hangover from that setback as the Bluebirds were slow to settle and Wednesday reflected the confidence of a side which had won its two previous games.

Steven Fletcher fired over in the fifth minute and Tom Lees headed Kieran Lee's corner just wide. Lees was also prominent at the other end as he put his body on the line to make a couple of outstanding blocks.

Cardiff were restricted to long-range efforts which posed little trouble to Keiren Westwood in the Owls' goal. Westwood did not have to move to gather efforts from Aron Gunnarsson and Kenneth Zohore and Wednesday's superiority rewarded close to half-time.

Adam Reach found space down the left to deliver a cross on to the head of Hooper, who made no mistake after losing his marker Sean Morrison.

Cardiff were looking for fast start to the second half, but they fell almost further behind when Lee Peltier sliced Lee's corner past his own goal. They finally managed a head of steam when Mendez-Laing cut inside on to his favoured right foot to unleash a ferocious goalbound shot which Barry Bannan deflected over.

Gunnarsson headed inches wide from the resulting corner and Hoilett was foiled by Westwood after Morrison had flicked on a long throw to the far post. Mendez-Laing twice went down in the area in the hope of being awarded a penalty. Wednesday lifted the siege and Fletcher should have scored, and he was made to pay for that miss when Bamba pounced from a yard out.

Neil Warnock: "Both Sheffield Wednesday and ourselves are two of the better sides in the league. They have the purists and we have the never-say-die attitude and some good players as well.

"It's like winning a game, I've been on the other end of games like that and you're distraught that you can't believe you've thrown points away. But I thought we deserved it in the second half, we had 12 efforts to their two."

Carlos Carvalhal: "Before the game most of the teams in the Championship will say a draw in Cardiff is good and not a bad result. But we are disappointed because we lose two points, we scored one goal and I thought we could achieve a second one.

"We had the best opportunity to kill it with Fletcher and at that moment we must finish the game. I am still waiting to win a game in the last minute because we have had four draws now - and we have played better than the opponents in all of them."