For over an hour Cardiff toiled against Sheffield Wednesday at a wet and windy CCS. The conditions were awful, the football, from a City point of view, was no better.

The home side gave up possession as they did v QPR but this time the visitors managed to find the net when Kadeem Harris' shot was deflected in by Julian Borner. It was a lead the Owls deserved and it should have been doubled when Harris saw his free kick come back off the bar.

Cardiff offered little up front with a late chance in the first half going off target from Robert Glatzel's header. 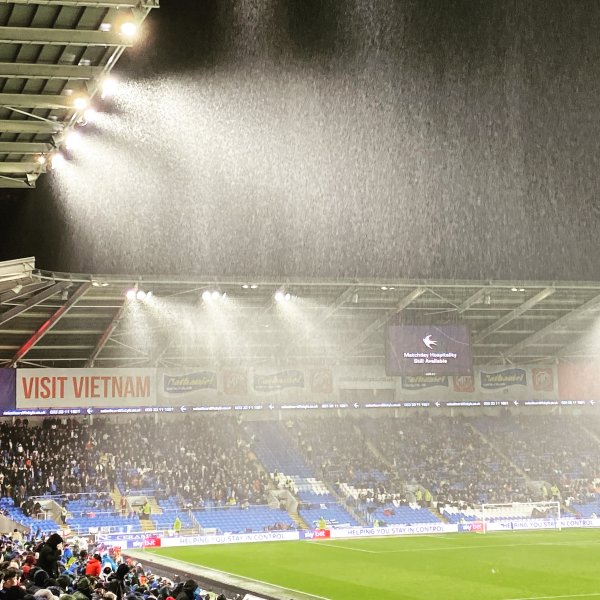 Things looked unlikely to improve in the second until Neil Warnock brought on Lee Tomlin and Gavin Whyte. City took the initiative and Wednesday bottled it. They dropped back, Cardiff piled on the pressure and as both sides battled the weather it was Cardiff who looked the side most likely to score.

The free kicks and bookings mounted up and when Lee Tomlin was 'fouled' on the edge of the box (some might say it was a fortunate free kick as he looked to have clipped his own heels), the drama intensified.

As Tomlin lined up the kick Aden Flint started doing star jumps in front of the Wednesday keeper, he was in an offside position, clearly in plain view of the keeper but crucially as Tomlin struck the ball Flint crouched down and exposed the keepers poor positioning as the ball found the bottom corner and Flint was judged not to have been interfering with play.

So 1 - 1 going into the final minutes and Wednesday were hanging on. Whyte's snapshot could have won the game for City but deputy keeper Cameron Dawson produced a stunning save before Flint missed from a couple of yards but his frustration was excused as the flag had been raised for offside. 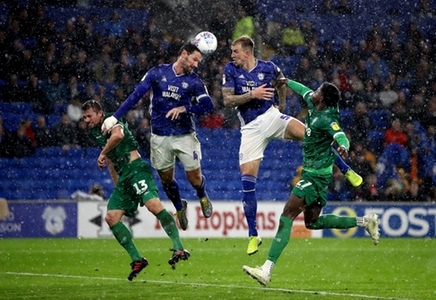 The game ended in drama when it looked for a long time to have been a damp squib for a City side that is lacking in creating things up front.

Ultimately it was a point gained for City who stay a tough team to beat at home.

Attention turns to matters away from CCS next. Firstly at Millwall on Tuesday and then the small matter of a South Wales derby in Jackland next Sunday.