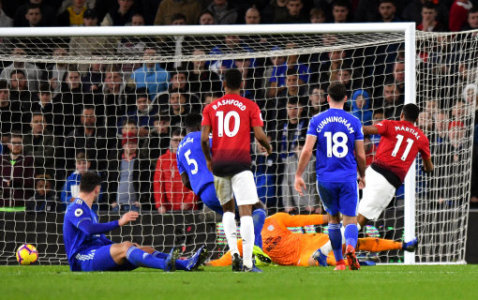 After the negative performances under Mourinho, Solskjaer seemed to give his players a freedom to express themselves and was rewarded with a scintillating attacking showing, spearheaded by Martial, who looked especially rejuvenated, as did Paul Pogba.

Cardiff, who had won their last three home games, were completely outclassed and could only muster a penalty from Victor Camarasa (38) in response to United's silky and exciting showing.

United made the perfect start when Pogba won a free-kick after a neat one-two and Rashford stepped up to blast home a swerving effort from 30 yards.

Pogba played a part in the second goal, too. The World Cup winner - out in the cold under Mourinho - found Herrera with a clever ball and the Spanish midfielder's effort from 25 yards took a deflection off Greg Cunningham and flew into the top corner.

Cardiff quickly got themselves back into proceedings as Rashford was adjudged to have handled in the box, which provided Camarasa with a chance from the spot, one that he took.

However, the Cardiff goal only triggered United to step it up another gear. Martial, Pogba and Lingard linked brilliantly just outside the box and Martial galloped through before finishing into the far corner.

United continued to attack after the break and Lingard was brought down in the box as he tried to dribble past Sol Bamba and Sean Morrison. Lingard confidently netted from the spot.

Four was not enough for the visitors as they pressed on and Pogba slipped in Lingard with one of the last attacks to cap a dream start to Solskjaer's tenure. 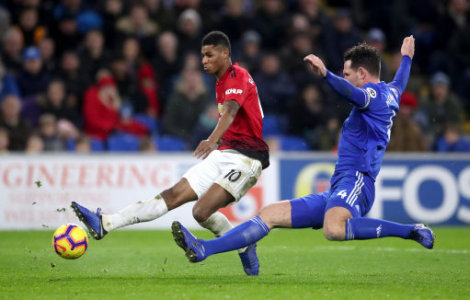