Cardiff continued their quest for automatic promotion from the Sky Bet Championship on Saturday evening, with a 2-1 victory over Nottingham Forest at the Cardiff City Stadium.

Despite Aitor Karanka's men creating the better chances, the Bluebirds edged themselves in front 10 minutes before the break when skipper Sean Morrison headed a corner past Forest's debutant 'keeper Stefanos Kapino. 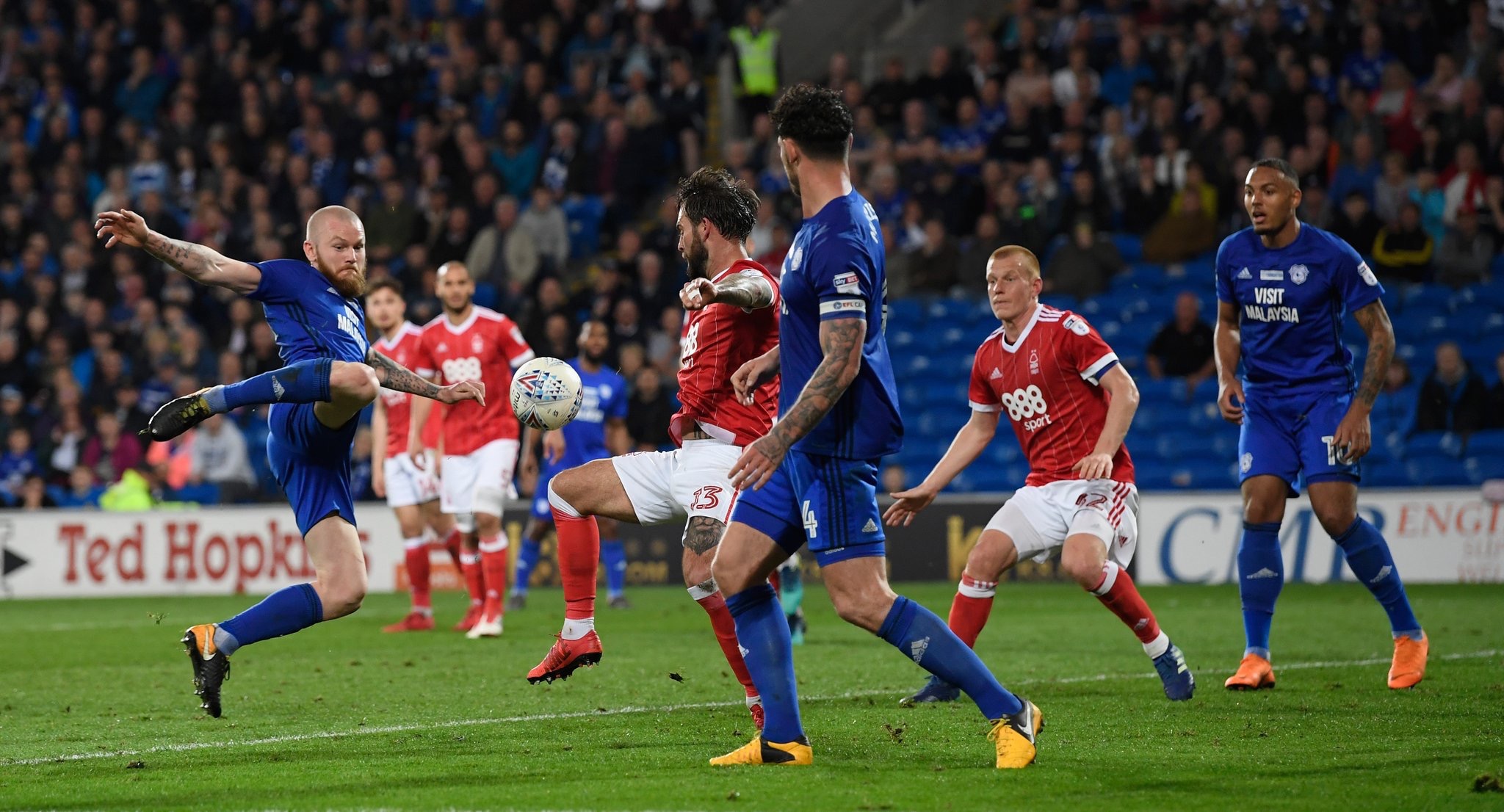 Liam Bridcutt scored his first goal since April 2011 to level proceedings inside the first five minutes of the second half, before Aron Gunnarsson acrobatically netted what proved to be the winner after Sol Bamba's knockdown.

The result means Cardiff elbow Fulham back into third, requiring just two wins from their remaining three fixtures to secure a return to the Premier League. Forest, meanwhile, stay 17th with three to play.

With a two-game advantage over second-placed Fulham, Neil Warnock's men began on the back foot in south Wales and could quite feasibly have been behind inside 10 minutes.

The energetic Joe Lolley rocketed goalwards from midfield and picked up a lucky bounce from Bruno Manga's midriff, before firing inches over the bar and not long after, he squared for Bridcutt, who forced a smart low save from the onrushing Neil Etheridge.

Though Cardiff were struggling to force themselves on the game, Gunnarsson's long throws were becoming troubling for Forest, whose defensive unit was disorganised at times, and the opener laid their frailties bare when the unmarked Morrison nodded home Joe Ralls' corner.

The Bluebirds flew out of the traps after the break and Kenneth Zohore's dink was somehow kept from crossing the line when it hit the post, but despite their defensive mishaps, it was Forest who struck next.

Ben Osborn delivered a sumptuous ball into the area and Bridcutt displayed the composure of a seasoned goalscorer to turn the ball home with a first-time connection.

The set-pieces continued to prove a danger to Forest, and though there was a robust strategy of keeping Morrison at bay, Junior Hoilett's deep free-kick proved the source of the winner as Bamba headed the delivery into the path of Gunnarsson who leapt off the ground to arrow home.