Bluebirds becoming the Comeback Kings as they beat Wolves.

That's three wins this season for Cardiff and in all of them City went a goal down first.

The win for Cardiff has lifted the Bluebirds out of the bottom three, for the time being at least, and has moved the club onto 11 points. 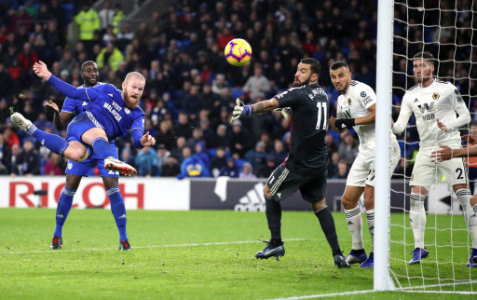 It was a dramatic night at CCS in the wind and rain with the visitors ahead through Matt Doherty. City were undone from a corner after dominating the play until then. Dohery finished from close range after a superb reaction save from Neil Etheridge.

Harry Arter smashed an effort again the post from distance and Cardiff continued to see a lot of the ball but had to be wary of the threat posed by Wolves on the break.

But this is a Wolves side lacking confidence. They had lost four out of the last five and their free-flowing football was in short supply as City' back three dealt with the best Wolves had to offer.

Cardiff continued to press in the second half and were rearded when Aron Gunnarsson acrobatically volled the equaliser on 65 mins. City sensed there could be a winner and when Junior Hoilett struck the most wonderful of finishes on 77 mins the comeback was complete and despite Wolves finally waking up City saw out the remainder of the game to take the victory.

Hoilett's goal was so good, a curling right foot shot from the corner of the box. It went in off the underside of the cross bar making it impossible for the keeper to get to (pictured below). 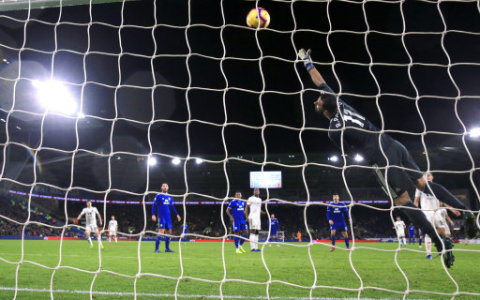 I mention Cardiff played with a back three. Neil Warnock had the fans talking when the line up was announced as he replaced a full back for a more attacking player.

Warnock said after the game “We decided that Greg Cunningham and Jazz Richards were injured and Joe Bennett hadn’t trained all week until yesterday, so we thought we’d have a go and played three defenders. We had Junior Hoilett and Víctor Camarasa as wing-backs, but we wanted to have a go at them in midfield, get on the front foot, get the crowd going and make it exciting and we did that.”

Next up we have midweek football. Cardiff are away at The London Stadium to face West Ham United, Tuesday December 4th, 7:45pm.