Cardiff's relegation from the Premier League has been confirmed after Neil Warnock's side lost 3-2 to Crystal Palace, writes Sky Sports.

It was a game filled with drama as Wilfried Zaha put Crystal Palace ahead in the 28th minute, only for a Martin Kelly own goal (31) to level things up not long after.

The visitors retook the lead through Michy Batshuayi (39) just before the break before Andros Townsend (70) added a third via the post. 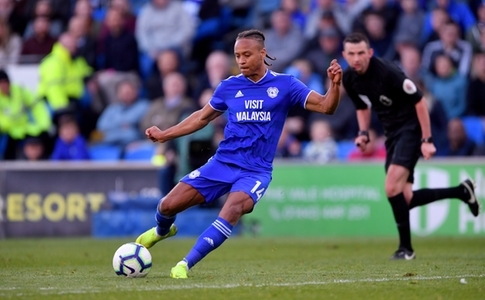 The Bluebirds will now drop into the Sky Bet Championship next season while Brighton's survival has been confirmed ahead of their game against Arsenal on Sunday.

It was a bizarre opening for Cardiff. Josh Murphy hammered an effort against the post inside two minutes before their top scorer Victor Camarasa took a heavy knock and, despite trying to soldier on, he was unable to continue. He was replaced by Leandro Bacuna in the 11th minute.

Crystal Palace scored their opener in the 28th minute. It was Zaha who started the move too, slipping the ball to Townsend down the left before receiving it back at the top of the area. He shifted it between his feet before firing into the bottom corner.

Despair turned into hope for Cardiff three minutes later when a lack of communication between Kelly and Vicente Guaita saw them back level. Bacuna strode down the right before putting an inviting ball into the area, aiming for Danny Ward. But with the Crystal Palace goalkeeper well off his line, Kelly saw the cross nick off his foot and roll into the back of an open net.

But the scores did not remain level for long as Crystal Palace went back ahead in the 39th minute with a well-worked goal. Zaha drove down the left, terrorising Lee Peltier once again, before popping the ball back for Luka Milivojevic. He in turn picked out Batshuayi, who played a neat one-two with Jordan Ayew in the area - with the ball hitting the legs of Bruno Ecuele Manga on the way through - before firing home.

Cardiff saw a number of chances fall their way at the start of the second half. Nathaniel Mendez-Laing whipped a sensational cross towards the back post in the 56th minute, but Murphy could not get his effort on target and sent it agonisingly wide of the post.

Kelly then made two huge blocks for Crystal Palace. He threw his body in front of a stinging Murphy effort in the 63rd minute before putting a loose Guaita save behind for a corner after Kenneth Zohore tried to send the ball around the goalkeeper.

The visitors withstood the pressure well, though, and added a third in the 70th minute, ultimately breaking Cardiff hearts. It was a wonderful solo run from Townsend which Joe Bennett could not stop, with his fierce drive from the top of the area bouncing into the back of the net via the post

Cardiff's bad luck continued as they had an effort cleared off the line before hitting the upright themselves in the final 15 minutes. The first incident saw James McArthur hack a Mendez-Laing effort away on the goal-line before the winger had another strike pushed onto the crossbar by Guaita.

The hosts nabbed a deserved consolation bang on the 90-minute mark with a wonderful strike from Reid, who darted across the top of the area before curling home. But Cardiff could not find another goal to keep their Premier League place alive as their relegation was confirmed.