Aston Villa's difficult to start to the new Sky Bet Championship season continued as they were thrashed 3-0 by Cardiff, writes Sky Sports.

Nathaniel Mendez-Laing scored in either half and Junior Hoilett also found the net for Neil Warnock's Bluebirds as the home side boasted the cutting edge that Villa lacked.

Steve Bruce's visitors were limited in attack and after being held at home by Hull on the opening weekend, this was another reminder for Villa that they will not have things all their own way this season. 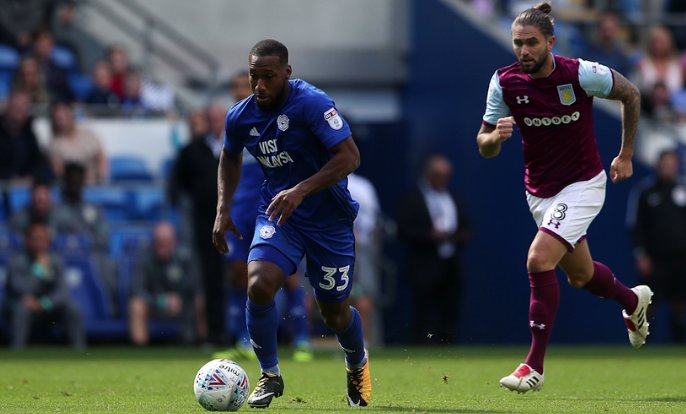 Cardiff, watched by owner Vincent Tan, were fully deserving winners of this encounter and Kenneth Zohore and Mendez-Laing played starring roles to put Warnock's men top of the Championship table. With two league wins so far this season and no goals conceded, Warnock could not have wished for a better start.

Promotion favourites Villa made a fast start in the Welsh capital, Scott Hogan firing over and then having an effort saved at point-blank range by the diving Neil Etheridge.

At the other end, Hoilett's shot was spilled but then recovered by visiting goalkeeper Sam Johnstone. The Manchester United loanee also saved well from striker Zohore before the home side took the lead.

It was a simple goal, Hoilett's cross finding Mendez-Laing at the back post, the former Rochdale winger rising between John Terry and Neil Taylor to head home in the 21st minute.

Villa lost Ahmed Elmohamady to injury on the half-hour mark, Albert Adomah his replacement, and Bruce's team went into half-time with a 1-0 deficit to overcome.

Johnstone was again the man to Villa's rescue at the start of the second period. The goalkeeper saved expertly from both Mendez-Laing and Zohore, before Villa's best chance of the game arrived.

Henri Lansbury's corner from the right was headed down by James Chester, a slight deflection off Joe Bennett beating Etheridge but not the crossbar. It was to cost Villa dear.

Bruce's introduction of Callum O'Hare for Lansbury almost immediately coincided with Cardiff's second and it was a goal for which Zohore could take the credit.

The powerful Danish striker interested Premier League newcomers Brighton this summer, and the way he danced down the touchline before crossing for Hoilett to tap home showed he has the class to play at a higher level.

Zohore gave Villa's experienced centre-half pairing of Terry and Chester a torrid afternoon and when Mendez-Laing slotted home a third after breezing past Alan Hutton, the game was decided as a contest.

Villa, as they had done all afternoon, huffed and puffed for a way back into the contest but could not break through and Bruce will know his team have real work to do if they are to challenge the Championship's best this season.