Cardiff City suffered defeat in West London yesterday as Eden Hazard turned on the style to put Chelsea top of the Premier League with a 100% record.

Hazard took the match ball home after scoring a hat trick but the best strike of the game came from his teammate William who curled a delicious effort past Neil Etheridge late in the game.

Things started much better for Cardiff. Backed by 2,800 noisy supporters, who to be honest put the home fans to shame with their support, the Bluebirds took the lead. Predictably, some might say, it came from set piece.

Joe Ralls' floated fee kick was met by Seam Morrison who headed back across goal for Sol Bamba to react quickest and volley the ball home. 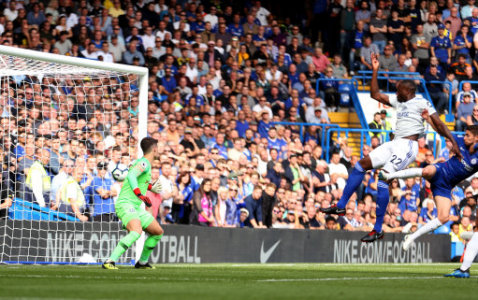 City held on to the lead despite continuous Chelsea pressure and had Neil Etheridge to thank for two excellent saves before Hazard turned the game upside down before half time. First he was involved in a slick build up to burst free and finish smartly past Etheridge and then City were undone by a quick free kick and after a less attractive set of passes hazard's effort deflected off Bamba leaving Etheridge stranded.

The Belgian took pleasure in parading himself in front of the baying City fans and I don't blame him He was getting stick when taking corners in front of the supporters and enjoyed his celebration to give a bit back. 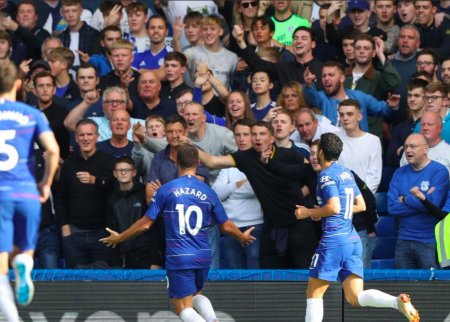 Cardiff were second best but not out of it. City did manage a couple of corners and got the ball into the Chelsea box but the difference in quality of the players was evident. Still Cardiff worked hard and looked to get the ball forward but for me the quality of Chelsea when they didn't have the ball was as impressive as when they did have it.

Led by the machine that is N'golo Kante they were always chasing down and pressurising City into mistakes and giving possession away quickly. The home centre halves led a charmed life for most of the game against Bobby Reid and Danny Ward. That's no slight on the City strikers, they worked hard and chased and Reid was cm's away from bringing City level at 2 - 2 but then Sol Bamba played another massive part in the game.

He went striding across to challenge Willian in the box and it was so obvious that he was going to foul the Brazilian that like a car crash it seemed to happen in slow motion.

Hazard scored easily enough to make it 3 - 1 and Willian then scored a wonderful 4th goal to complete the victory.

City did get one more good chance. Callum Paterson, on as a striker for the last 20 minutes saw his header scrambled off the line by Kepa. The two late goals made the scoreline harsh but it never looked like Chelsea were going to lose the game after they went in front.

Harry Arter left the field at half time after feeling poorly so City's midfield was under-strengthed in the second half and as mentioned Paterson came on for Reid and seem to be playing as a striker and the final sub was Madine for Ward. So I guess Neil Warnock is saving Zohore for Man City next Saturday.

Another sub not used was Josh Murphy, who on yesterday's evidence would have added much more pace that Junior Hoilett offered. The Canadian struggled to get any joy down the flanks.

So that consecutive games where the Bluebirds have scored but both have been defeats. As mentioned next week it's Manchester City at CCS. So it's not going to get any easier just yet.