Bluebirds pick up only their second point on the road and they had to work hard for it.

Cardiff escaped Selhurst Park with a valuable point after Crystal Palace missed a host of chances in a 0-0 draw, writes Sky Sports.

Palace were unlucky not to take the lead in a dominant first half that saw Andros Townsend hit the bar and near misses from Wilfried Zaha, Luka Milivojevic and Townsend again.

Cardiff struggled in the second half to resist a Palace onslaught but somehow stayed level thanks to the woodwork, some wayward finishing from Palace's strikers, and a series of saves by keeper Neil Etheridge.

The result means that Cardiff stay out the relegation zone while Palace remain in 14th place. 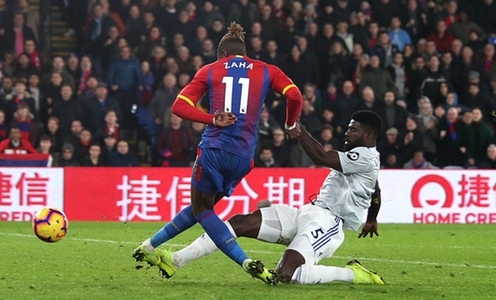 Palace could have taken the lead after just two minutes when Townsend hit the bar after fine work by Zaha to play him through.

Townsend then had another great opportunity when Patrick van Aanholt set him up just outside the box, while Milivojevic, Zaha, and Aaron Wan-Bissaka also went close from distance.

Cardiff finally had chances through Junior Hoilett and Bobby Reid, but were very lucky to get into the break level after Palace continued to push for an opener.

Zaha worked tirelessly in the second half to create chance upon chance for an Eagles side that struggled desperately for accuracy, and when they did hit the target they were met with the very safe hands of Cardiff stopper Neil Etheridge.

Etheridge, however, was rooted when Milivojevic curled a free-kick in from 23 yards that struck the crossbar, and could only watch as Connor Wickham missed a glorious opportunity from six yards.

Cardiff had a chance of their own towards the end but were denied by a fine save from Vicente Guaita. Cardiff 'keeper Etheridge also pulled enough another fine save to deny Van Aanholt in the final minutes.

The result means that Cardiff stay just afloat of the relegation zone, while Palace keep distance between themselves at the bottom in 14th, though they will be disappointed they didn't take all three points today.