Cardiff City came away from Pride park with a point after a game that won't last long in the memory.

Neil Warnock would have named an unchanged side but for a whiplash injury to Lee Tomlin after a minor car crash. Callum Patterson started instead.

The stadium had to be evacuated half an hour before kick off after the fire alarms were set off by reported flares on the away concourse. The situation was quickly resolved the match started on time. 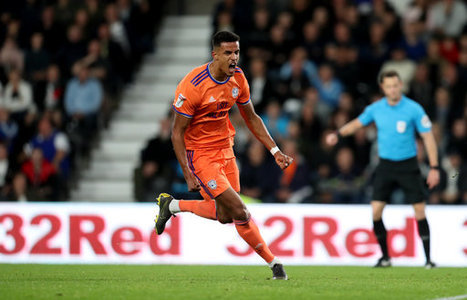 It took six minutes for Derby to take the lead after a goalmouth scramble that saw at least five chances for Cardiff to clear before former Bluebird Scott Malone finished from a yard or so out. There was a handball from Martyn Waghorn in the build up that should have seen the goal disallowed but it was missed and Derby were 1 up.

If Derby got away with that one Cardiff got away with one of their own when Waghorn was clipped on the ankle by Joe Bennett but the referee waved away any penalty appeals. Moments later at the other end Robert Glatzel caught out Richard Keogh and got goalside of the Derby defender who was left with no choice but to foul the German striker close to goal.

Glatzel took the ball and emphatically scored the penalty for his first Cardiff goal. The game was 1 - 1 with 20 minutes played and that's how it stayed.

Neither side showed enough quality to get a winner although Jack Marriot saw a superb shot cannon back off the crossbar.

Junior Hoilett dragged a late shot wide for City before a last minute free kick from Derby's Chris Martin (to distinguish him from Coldplay's Chris Martin) was blocked and that signalled the end of the game.

For Derby that's a sixth game without a win, their only success this season came on the opening day. For Cardiff it's a fourth game without defeat but the last three have been draws.

After 50 games without a score draw we've now had two in two games.

Next up it's a rare Saturday 3pm home game when Middlesbrough come to the capital.