Aden Flint had put City in front when he met Josh Murphy's 52nd minute free kick. Flint kept his eye on the flight of the ball and poked out his right foot to score.

In the 86th minute though Luton were level. Matty Pearson met Luke Berry's corner kick to thump a header past Alex Smithies.

But as time was running out a period of midfield head tennis ended with Junior Hoilett's dangerous cross that was too good for the defence and Vassell met it perfectly to beat Sluga in the Luton goal and take all three points.

Vassell had only been on the picth for a few minutes after replacing Robert Glatzel, the German forward having a solid debut. 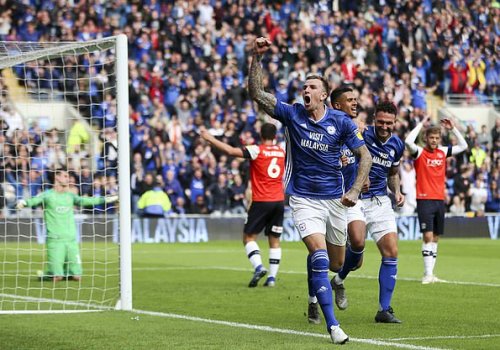 Smithis started the game for Cardiff. The ex QPR keeper has more experience that Joe Day at this level and after Day conceded three last weel Smithies was preferred.