Fulham climbed to second place in the Championship with a win over Cardiff City to intensify the pressure on Bluebirds manager Mick McCarthy. 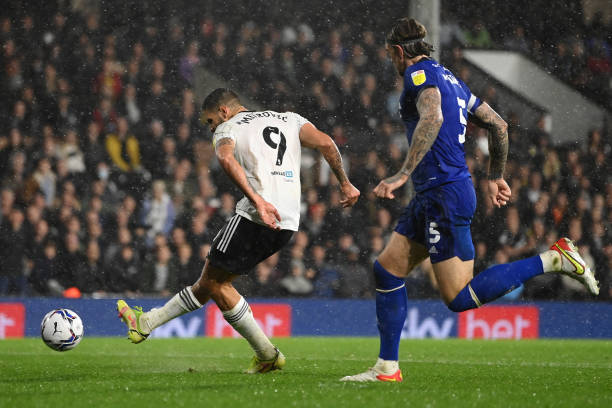 Both sides hit the woodwork in an open and unexpectedly even first half.

Substitute Tom Cairney returned after nearly a year out injured to put Fulham ahead with a beautiful strike.

Aleksandar Mitrovic added the hosts' second as Cardiff slumped to a seventh straight league defeat for the first time since 1934.

As for Cardiff, although this performance was a vast improvement on Sunday's dismal 3-0 derby thrashing at Swansea, a seventh successive defeat still leaves McCarthy clinging on to his job with Cardiff now down to 21st in the table.

Some fans had called for him to be sacked long before last weekend's debacle, and it is believed the club's hierarchy only stuck with the former Republic of Ireland manager because they did not want to burden a potential successor with a fixture as daunting as Fulham away.

As such, this game at Craven Cottage and Saturday's match at home to Middlesbrough are thought to be McCarthy's last chance.

His team were overwhelming underdogs against a Fulham side led in attack by the Championship's top scorer Mitrovic, who now has more goals than the entire Cardiff squad this season.

The home side were quick to seize control of possession and force Cardiff back into their own half - but it was the Bluebirds who had the game's first chance as Kieffer Moore's audacious first-time left-footed effort from a tight angle cannoned into the post.

The first half was played at a furious pace as both sides attacked with intent and, seven minutes later, the woodwork was shaking once more.

Fulham's former Cardiff midfielder Harry Wilson looked to be clean through on goal but instead of shooting, he backheeled the ball to Neeskens Kebano, whose low strike hit the post.

Further scoring opportunities followed at both ends, with Harrison Reed going close for Fulham, and Rubin Colwill and Mark McGuinness threatening for Cardiff.

The second half did not reach the frantic heights of the first and that appeared to suit Fulham, who fashioned the first opening as Mitrovic had a header saved by Alex Smithies.

The home side then made the breakthrough with a hugely popular goal at Craven Cottage as midfielder Cairney marked his first appearance since December 2020 by guiding a characteristically elegant left-footed shot into the top corner.

Six minutes later the match was over as a contest, as Fulham punished slack Cardiff defending to set up Mitrovic inside the penalty area and the Serbian finished confidently to notch his 13th goal of the season.

Cardiff offered resistance - with Aden Flint and Moore among those to go close - but despite some signs of improvement, yet another defeat did little for McCarthy's job prospects and left his side tumbling further down the table, just one place and two points above the relegation zone.