Ipswich took an eighth-minute lead when Freddie Sears' scored his fourth goal in four games but the promotion hopefuls were quickly pegged back by Eoin Doyle's close-range header.

The home side regained their lead when Skuse struck from 25 yards out before Daryl Murphy made the points safe in stoppage time with his 24th of the season.

With just four games to go and four teams battling it out for fifth and sixth spot, Ipswich boss Mick McCarthy had described the match as "must-win".

And his team got off to the perfect start through Sears.

Centre-back Christophe Berra had the strength to dispossess Cardiff frontman Doyle and then the vision to launch a long ball to release Sears, who outmuscled Bruno Ecuele Manga before drilling the ball beyond David Marshall.

With just 13 minutes on the clock, Cardiff were level after Scott Malone's teasing cross was headed in by Doyle (pictured), the striker given far too much space in the penalty area. 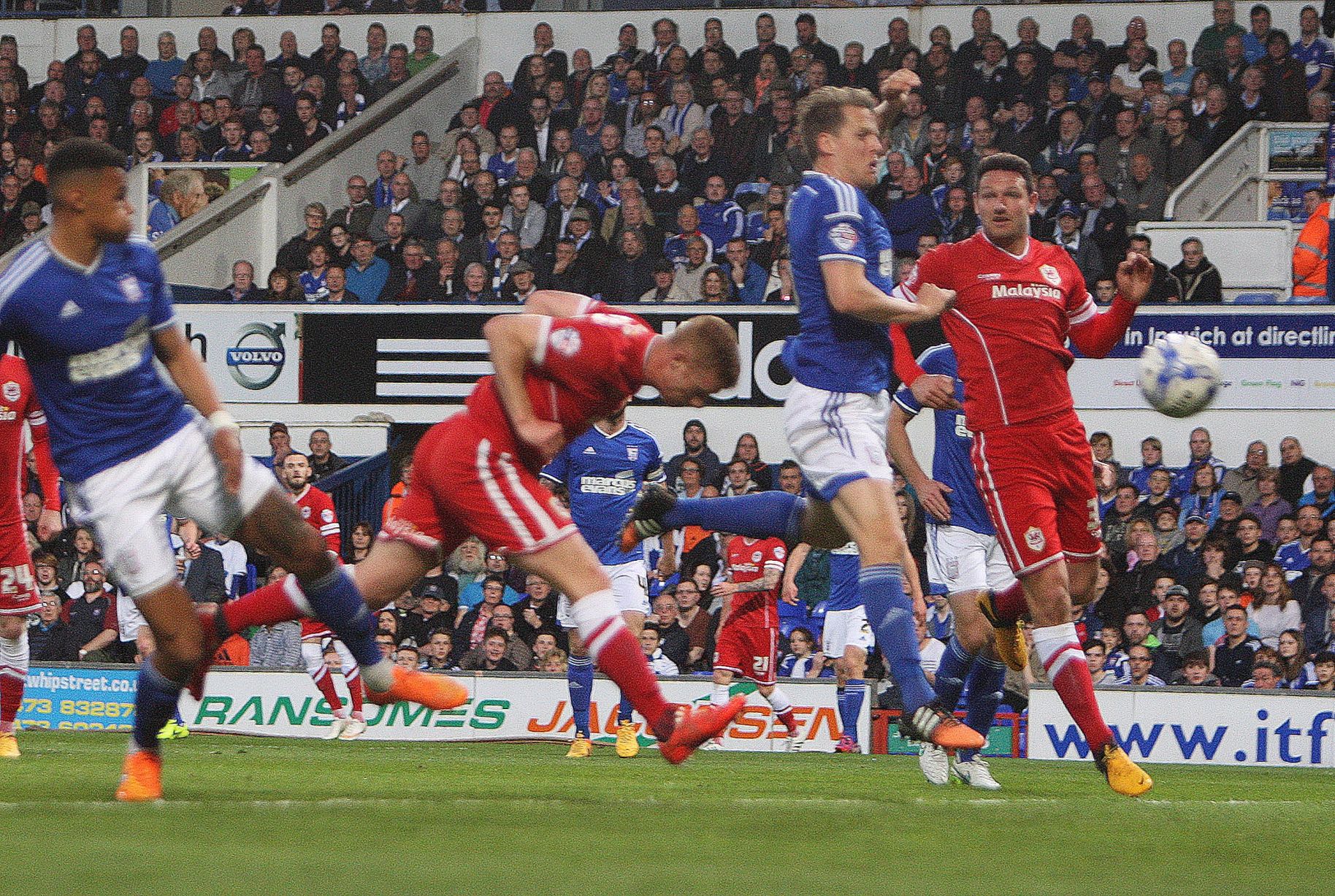 The home fans were back on their feet on 29 minutes when Skuse scored his first goal in Ipswich colours - in his 82nd appearance.

Tyrone Mings and Teddy Bishop swapped passes on the left but Mings' ball into the area was loose, cannoning off a defender and into the path of Skuse who let fly from 25 yards - the shot flying in off the far post.

The unlikely goalscorer galvanised the home side and Tommy Smith went close when he headed Bishop's corner over the bar.

Town were on top but there was a huge let off four minutes before the interval when a smart Cardiff move involving Malone and Joe Mason found Fabio, but his cross-cum-shot narrowly missed Doyle and the far post.

The fourth goal was always going to be crucial and it nearly went to the Championship's top scorer but Murphy's powerful header was superbly tipped over by Marshall four minutes after the restart.

Town went so close to scoring a crucial third in the 77th minute when Tommy Smith was expertly denied by Marshall before Berra's rebound hit the top of the bar.

Five minutes before the end, Cardiff should have grabbed an equaliser. Noone got away from Mings but his low cross was poked wide by Aron Gunnarsson when the midfielder should have done better.

It was a crucial miss when Skuse picked off a Cardiff mistake before releasing Murphy who fired under Marshall for number three.