Leeds threw away a three-goal lead as they were held to a 3-3 draw against Cardiff at Elland Road.

United had taken a firm grip on the game when Helder Costa and Patrick Bamford scored within the first eight minutes, and they looked to be cruising when Bamford converted a penalty that he had won seven minutes into the second half. 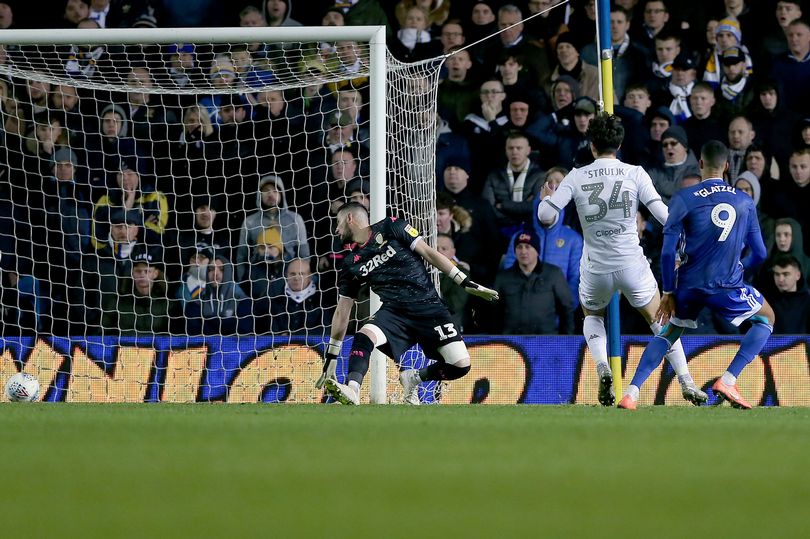 Lee Tomlin pulled a goal back after 60 minutes after Kiko Casilla failed to claim a cross to cook up nerves inside Elland Road, and Sean Morrison pulled another back with eight minutes to go.

Morrison was then dramatically red carded for violent conduct four minutes later, but the 10 men shrugged off the setback and pulled level through Robert Glatzel with two minutes to go.

Leeds started strongly and got their reward when Costa fired in off the post after Hernandez's long ball picked him out following a sixth-minute counter-attack.

It got even better for the home side two minutes later when Bamford doubled their lead after getting on the end of a Stuart Dallas cross.

And it was 3-0 after 52 minutes when Bamford slotted home from the spot after he had been fouled by Neil Etheridge.

Tomlin pulled a goal back on the hour mark when he lifted the ball into an empty net after Casilla messed up a cross, but there seemed little chance of a comeback against the title-chasers.

When Morrison headed home after 82 minutes from Bennett's cross, it looked as though Cardiff had set up a tense finish. But in this rollercoaster match he was the villain minutes later after he was sent off for a lunge on Eddie Nketiah.

But another twist was still to come as 10-man Cardiff dramatically levelled after 88 minutes when Glatzel slotted home after Pascal Struijk failed to clear his lines.