Millwall 2 - 2 Cardiff City. Bluebirds twice give up the lead

Neil Warnock made four changes to the starting line up ahead of Tuesday night's game at Millwall. Danny Ward came in for Robert Glatzel, while Junior Hoilett, Gavin Whyte and Lee Tomlin replaced Josh Murphy, NM-L and Leandro Bacuna.

And with 12 minutes played Hoilett's inviting cross was met by Ward and City were one up. Ward managed a couple of shots from the edge of the box that were saved by the Millwall keeper but the half ended with a sucker punch. Aden Flint was passed with ease for Tom Bradshaw to level in the 45th minute.

Cardiff upped their game in the second half and took the lead again when Hoilett cut inside from the left and placed the ball into the corner of the net. City looked to secure the game and twice in quick succession Bartosz Bialkowski denied Flint and Sean Morrison from point blank range. 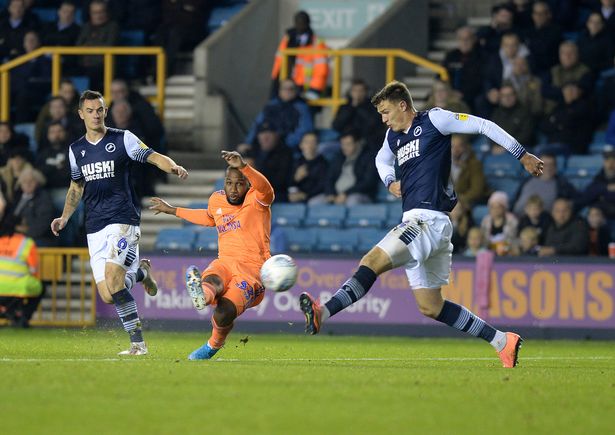 But City were again undone by a defensive lapse. This time Morrison had no concept of position as Bradshaw skipped through to level for a second time.

It's another game without a win away from home and another draw that is pushing City into mid table mediocrity.