Reading went in front three minutes before the interval when John Swift pounced from close range after being set up by Garath McCleary.

But Cardiff levelled through a penalty from Joe Ralls as the game moved into first-half stoppage time.

Reading netted the winner in the 60th minute when Yann Kermorgant curled in a delightful free-kick from the edge of the Cardiff area.

The hosts made the brighter start, with midfielder Liam Kelly trying his luck from 20 yards only for the well-struck effort to be blocked.

Cardiff striker Kenneth Zohore suffered a similar fate at the other end after finding space on the edge of the home area.

Cardiff responded on the break and, after a frantic goalmouth scramble, almost went in front

The Reading defence failed to clear their lines and Ralls struck a post with a low, 20-yard effort 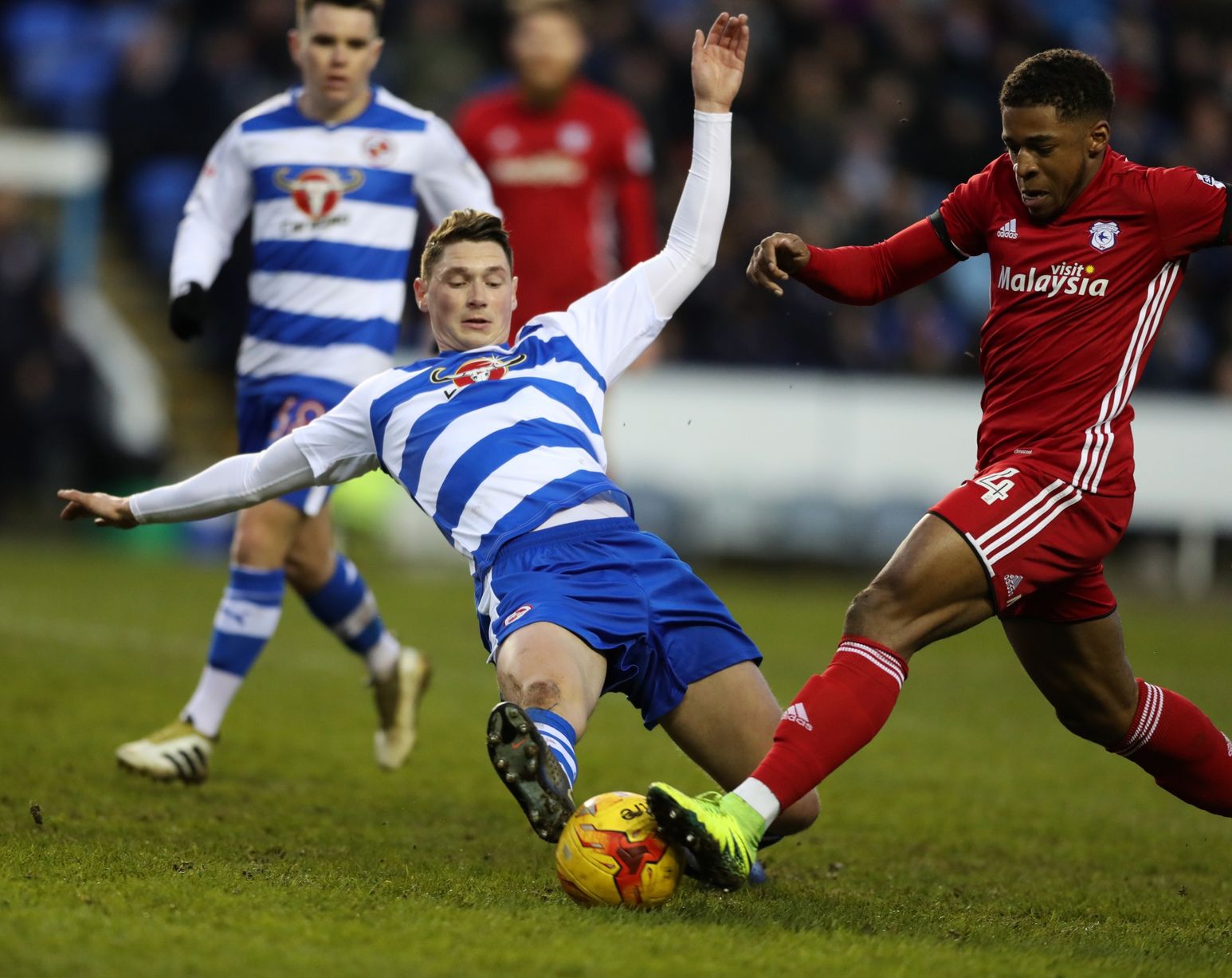 As Cardiff gained momentum, Junior Hoilett let fly from a similar distance but his attempt was well off target.

Reading went ahead in the 42nd minute when McGregor could only parry Williams' shot and Swift tucked in McCleary's clever back flick from close range.

But Cardiff drew level in the first minute of first-half stoppage time after Liam Moore had fouled former Reading defender Sean Morrison in the area.

Ali Al Habsi had saved a late Chris Martin spot-kick in the victory over Fulham in midweek but was unable to keep out Ralls' firm effort from 12 yards.

Cardiff threatened soon after the interval but Al Habsi saved comfortably after Hoilett had cut in from the left and fired in a decent attempt.

However, Reading regained their lead on the hour when Sol Bamba clumsily fouled Kermorgant on the edge of the box.

The French striker studied the free-kick for what seemed an age before clipping a superb strike over the defensive wall and past McGregor.

Cardiff replied swiftly and also from a free-kick

But Hoilett's set-piece was well watched by Al Habsi and tipped over the crossbar.

Though Cardiff rallied near the end, Reading held on comfortably