Cardiff City were dreadful at Reading this afternoon going down to a 3 - 0 defeat against a side that had not picked up any points from their first two games.

Cardiff were forced into a change early on when Marlon Pack went off injured and was replaced by Curtis Nelson. It meant a change of formation and sparked a change of fortune.

City were undone by George Puscas who ran 70 yards and mugged off Will Vaulks before slotting past Alex Smithies. 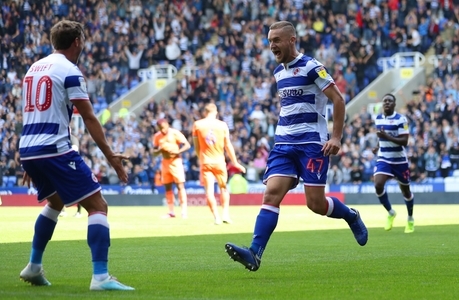 Puscas made it 2 - 0 before the break as he stole in in front of Aden Flint to poke home from a couple of yards when meeting John Swift's cross.

Joe Ralls' shot from distance the only effort from City.

Neil Warnock made two changes at half time bringing on Callum Paterson and Isaac Vassell, and as City looked to bombard the Reading box they managed to add to their chances tally with Glatzell seeing a rising shot well saved.

But Reading were able to smother City when defending and when they took possession they broke at speed and as the game came to a close Puscas looked to have got his hat-trick but slotted the ball wide with only Smithies to beat. (See video below). Moments later though as City piled forward they were mugged on the break again, and this time Swift flew into the box and smashed home the third goal.

It could have been four when Reading were awarded an injury time penalty but Yakou Meite saw his kick well saved by Smithies.

Reading played football all over the pitch and had players that could crete space and with tricky feet beat City players in tight situations. They were a breath of fresh air compared the cumbersome and lethargic Cardiff City side. Glatzel showed some decent movement but the support was terrible and the lack of pace concerning as we could not come anywhere near they skill and pace shown by Reading.

That's seven goals conceded now in three games by City. Today was embarrassing but take nothing away from Reading. They were superb.

Next up Cardiff face Huddersfield at CCS on Wednesday looking to maintain the 100% home record, but they will have to improve on the effort shown today.

Puscas is on his hat-trick, he's got absolutely acres of space but he somehow scoops it wide!