Cardiff extended their unbeaten Championship run to four matches as they snatched a late victory to edge a 2-1 win at Rotherham. 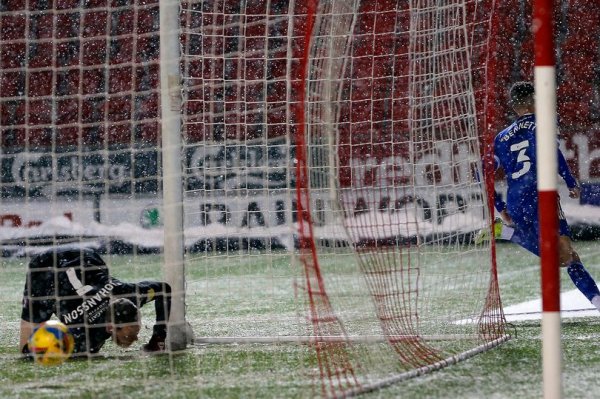 The visitors remain undefeated under Mick McCarthy as his side pulled off a smash-and-grab triumph in the former Republic of Ireland manager's native South Yorkshire.

A first-half counter-attack strike from Sheyi Ojo and Joe Bennett's late header secured victory in the snow for the Welshmen.

Back-to-back wins have lifted Rotherham out of the relegation zone and they never gave up on earning another three points but Matt Crooks' equaliser was cancelled out with five minutes remaining.

A strong block from Bennett denied the in-form Michael Smith an early clear path to goal.

When Smith did manage to wriggle clear of the defence, his shot took a deflection to fly just wide of Dillon Phillips' far post.

Smith was leading the line strongly for the Millers and his third attempt on goal was palmed away by Phillips before Perry Ng smashed the ball away for a corner with Wes Harding lurking for a tap-in.

A swift move down the left almost resulted in a Rotherham opener with a Ben Wiles cross finding Matt Olosunde but his volley was blocked by Aden Flint.

The home side then came even closer to taking the lead with Smith again denied by a stunning reaction save from Phillips after rising highest to power in a header from Lewis Wing's cross.

Viktor Johansson was then called into action at the other end as Kieffer Moore - playing against his former side - fired in a low effort from the edge of the box.

Smith seemed to have a good shout for a penalty when Curtis Nelson barged into him from behind in the box.

Rotherham were then caught out with Cardiff breaking from their own half to take the lead three minutes before the break.

Harry Wilson latched onto a loose ball and picked out Ojo who had a clear run on goal and slid his the ball past Johansson with minimal fuss.

The visitors enjoyed a strong opening to the second half as they looked to double their lead.

Wilson's shot fell kindly to Sean Morrison, who took a decent first touch before his powerful effort was tipped away by Johansson.

Rotherham's first good move of the second half yielded the leveller just after the hour mark with Smith breaking down the right and delivering a perfect low ball for Crooks to tuck in from close range.

Heavy snowfall then dictated a change of ball and with the more visible yellow version, Cardiff retook the lead after 85 minutes with Josh Murphy's driving cross picking out the unmarked Bennett to nod home at the far post and clinch maximum points.